A former Shearings owned Kassbohrer Setra visited the area towards the year end and was noted in Lowestoft on 31st December by our regular correspondent Simon Bartram. 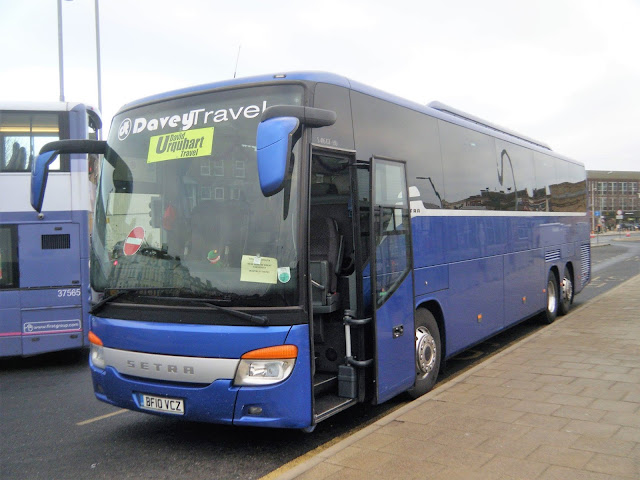 BF10VCZ retains its previous owner's blue livery and is seen here at Lowestoft station prior to picking up its passengers following a couple of hours in the Suffolk town. The coach is now owned by Davey Travel of Brigend and was being chartered by David Urquhart Travel. It was based at Great Yarmouth's Waverley Hotel during its New Year short break

I last saw it on 25th March 2018 when still with Shearings which was then reported on the blog bereft of fleet names. My thanks to Simon for the photo.

Roy
Posted by eastnorfolkbus at 10:05