A few bits to report from First. Recent withdrawls see 61148 (MV02VBU), 66341(MV02VCT) and 66334 (MV02VBZ) taken out of service by Saturday Evening. Leaving 66344 being the last of the type in use as this typed, It is expected become a Driver Trainer in the near future with the others being scrapped. 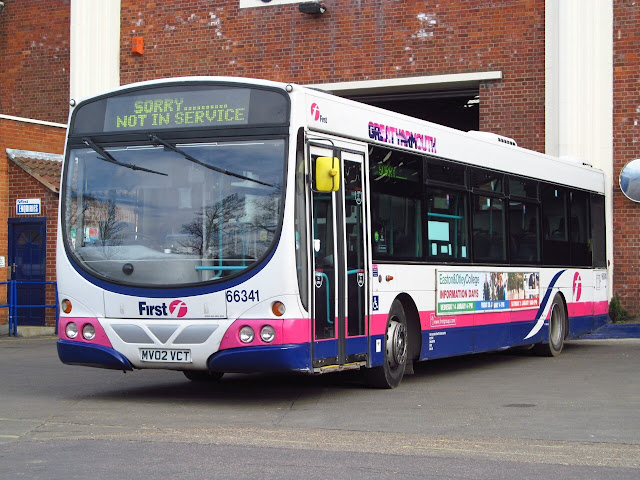 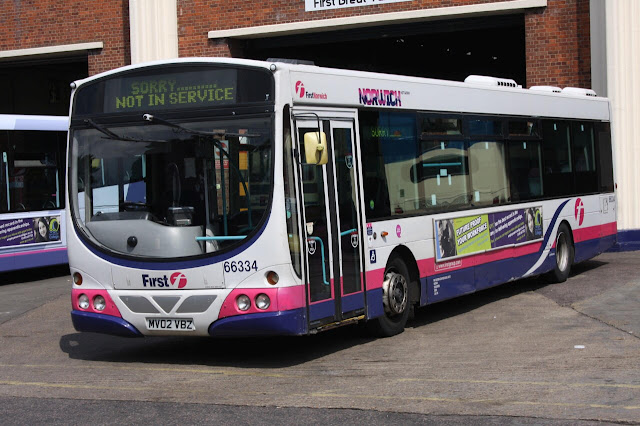 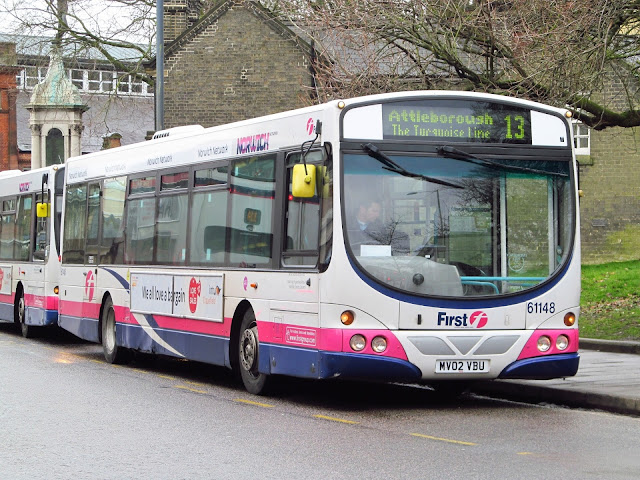 61148 pictured in Castle Meadow, Norwich. It is now parked up awaiting its fate at Caister Road. 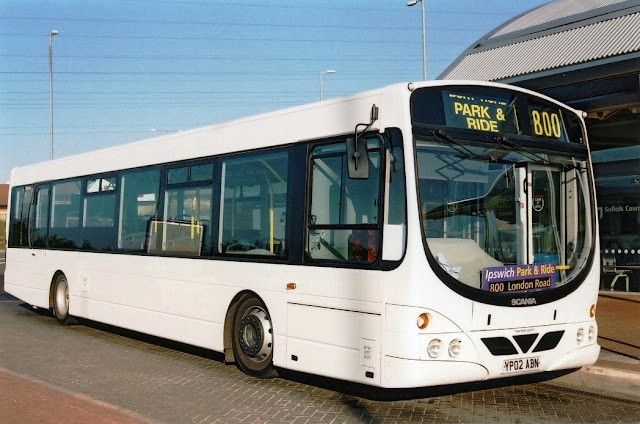 Another withdrawl to report is Scania 65678 (YP02ABN) which returned briefly to FEC in December from Essex. It was originally a Scania Demonstrator and is pictured above in use with Ipswich Buses in 2002, it also spent a while with FEC in the same capacity being used at Bury St Edmunds again in 2002 before moving to First Essex at Colchester. It is now also stored at Caister Road.

Trident 32809 (T809LLC) is expected to head back to Norwich from Yarmouth to return to Driver Training duties.

Grahame.
Posted by Norfolkbus at 16:39