Following the closure of Reynolds Coaches in early August last year, owner Charles Reynolds and Jeffrey Buckle decided to start up a new business to keep themselves busy and occupied. 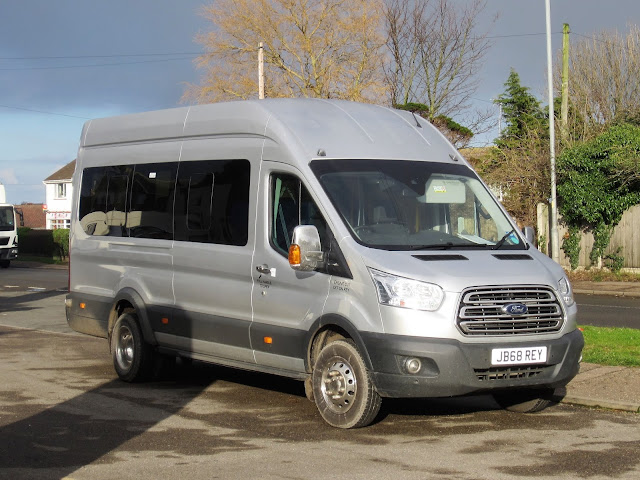 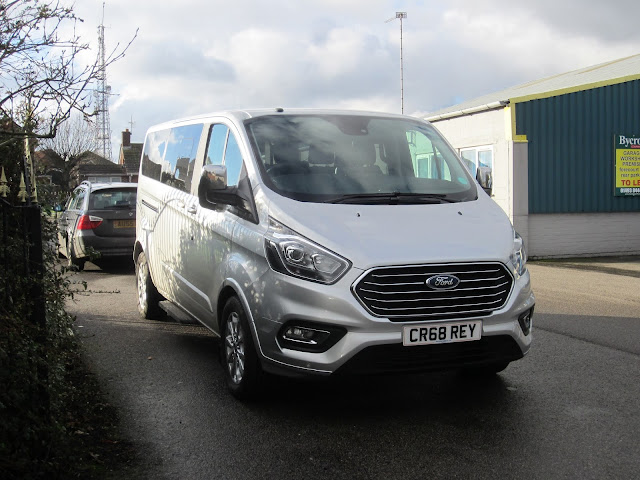 Unfortunately Charles passed away in early October but a former driver has come out of retirement to drive the other minibus. I understand from Mr Buckle that the premises has now been let by agents Bycroft Commercial to an undisclosed buyer. 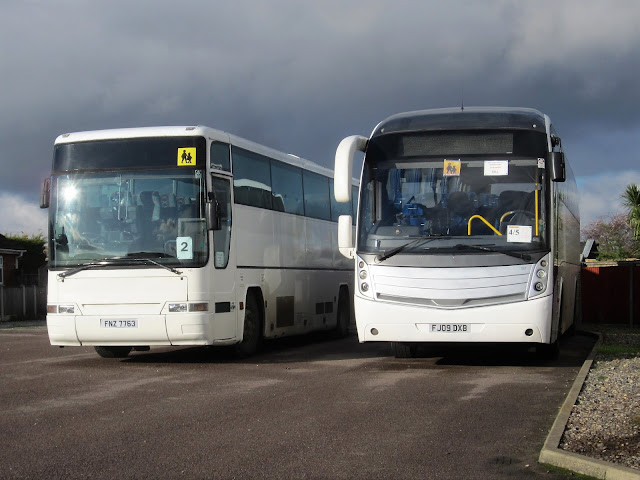 Mr Buckle also told me that two other vehicles were on the Ormesby Road site with two Ambassador Travel coaches parked behind the garage for schools work. Those present yesterday were Volvo FNZ7763 and Scania FJ09DXB both labelled up ready for their duties.

My thanks to Jeffrey Buckle for sparing the time to speak to me yesterday.

Roy
Posted by eastnorfolkbus at 10:32