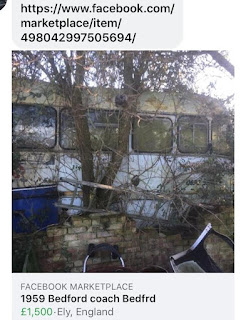 Between Christmas and New Year John Wakefield alerted me to the fact that another locally connected old Bedford has appeared on Facebook Market Place.

It is a Bedford VAS2 which has Duple Midland (Willowbrook) thirty seat bus bodywork and was new to Norwich Education Committee in November 1963 as VVG813.

It later saw use at Norwich Airport and subsequently with Hainford and Frettenham Scouts as YSV276.

John has provided his photo of the bus when it was with the scouts which was taken at Great Shelford in Cambridgeshire in 1997.

Its last known resting place in 2010 was in a scrapyard at Little Downham near Ely in Cambridgeshire. 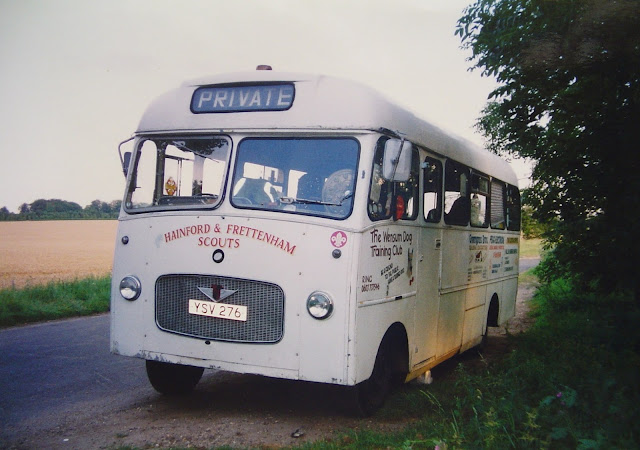 My thanks to John for the information and photo.

Roy
Posted by eastnorfolkbus at 11:12