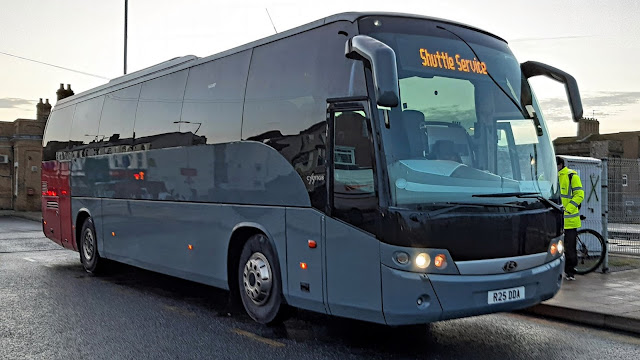 This morning he captured a photo of Beulas Cygnus bodied R25 DDA, a recent arrival for the Freestones Coaches fleet, on rail replacement work. 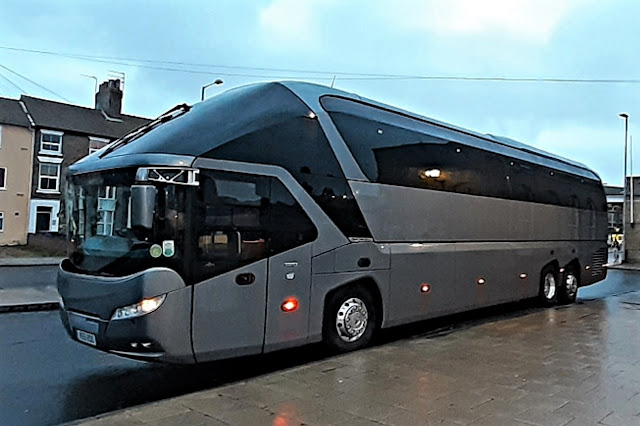 Andy returned later in the day to see an impressive looking Neoplan Starliner leaving the stand at around 16:00. K55 RDO was new to Parry of Cheslyn Hay as OU14 SSJ but now works for RM Buses of Manchester trading as Rhudlan Coaches. It is not known why it was there

My thanks to Andy for the two photos

Roy
Posted by eastnorfolkbus at 20:51