Been a while since i ventured into my archives of trips gone by, back in the days where i was allowed to venture out on a regular basis with the camera!

Today we are going back to Kings Lynn and a hot day back in August 2005. First and Norfolk Green were doing battle in the town at the time with Norfolk Green still being a popular independent prior to its eventual take over by Stagecoach Group. 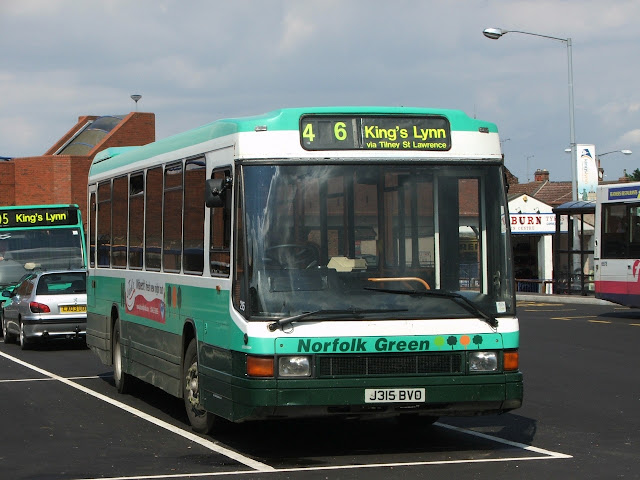 First up is former Trent DAF/Optare J315BVO, Norfolk Green ran a few of these in the fleet at the time. Seen here laying over in the Bus Station. 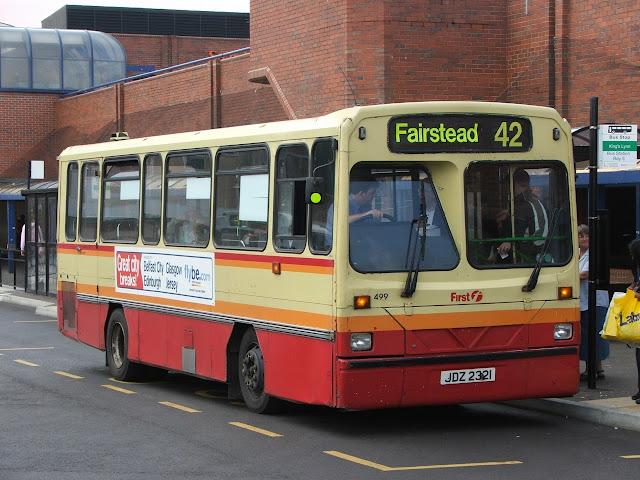 First gained a large batch of Wright bodied Darts from First London around 2001/2 and a few ended up at Kings Lynn after spells in Yarmouth, Lowestoft, Ipswich and Norwich. 499 JDZ2321 is pictured working the local 42 service to Fairsted, it had not received its new national First fleet number which was being rolled out across the fleet at the time. 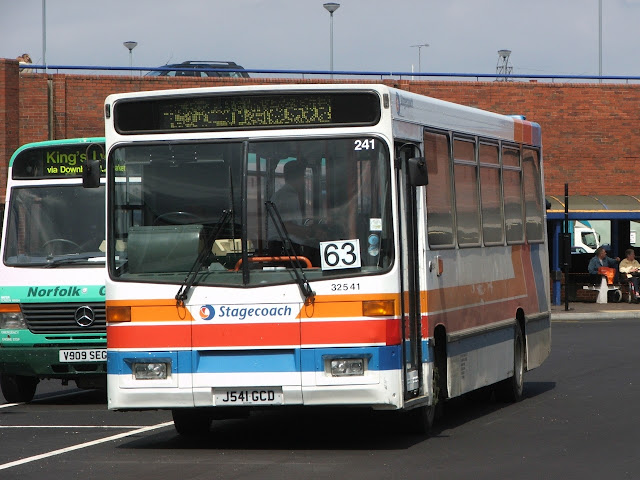 Norfolk Green were purchasing Alexander Bodied Darts from Stagecoach, 32541 J541GCD was still running in its former owners livery at the time after moving from Stagecoach South. 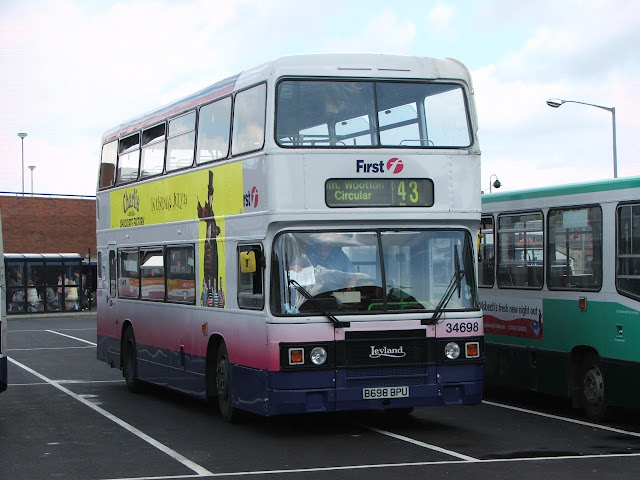 Former First Essex Olympian 34698 B698BPU ended up at Kings Lynn and from memory was a very brief spell with FEC, pretty sure it didnt run for that long prior to withdrawl, seen above working town route 43. 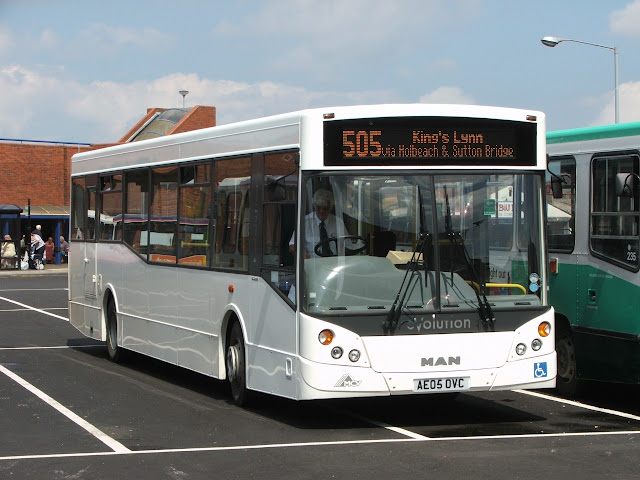 Finally we have MAN/MCV Evolution Demonstrator AE05DVC which was on loan to Norfolk Green, amazingly the destination screen came out perfectly in the photo which was highly unusual for the type!. It was be used on the 505 Kings Lynn-Spalding route. It ended up with Travel De Courcey in the Midlands.

Hope you enjoyed the trip down memory lane, hard to believe it was 15 years ago!

Grahame.
Posted by Norfolkbus at 10:26