Last night I received news from Caister Road concerning the first withdrawal of one of the seven ex First Leicester Citybus ALX400s which moved to Great Yarmouth in early 2014.

The Volvo B7TL was 32061 W221XBD. It gained notoriety by being featured in the June 2014 issue of Buses Magazine when the Comments feature accused the operator of 'Shooting themselves in the foot' by using car related advertising for Wilco Fast Fit. 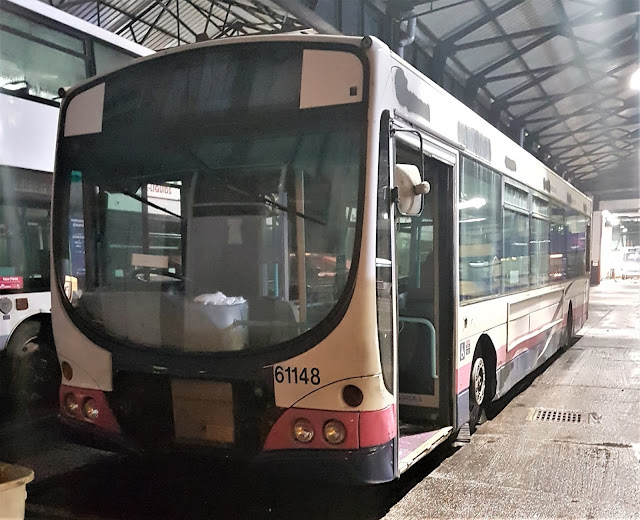 One saloon missing from the back yard was 61148 MV02VBU which had been moved inside the depot building. The former Network Norwich branded Volvo B7 was noted withdrawn at First Norwich in early January last year prior to transfer to Great Yarmouth for storage. It is expected to make its last journey later today.

Roy
Posted by eastnorfolkbus at 09:29