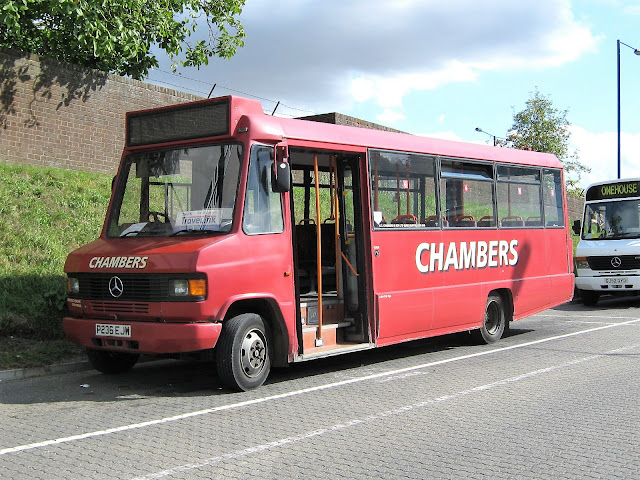 Our first picture features Chambers' Marshall bodied Mercedes Benz 811D P236 EJW laying over between duties at the bus station. It was one of a batch new to Travel West Midlands in early 1997. Withdrawn in November 2005 it moved to Chambers via Fleetlink of Mossley Hill a month later. The Suffolk operator disposed of it in March 2010. 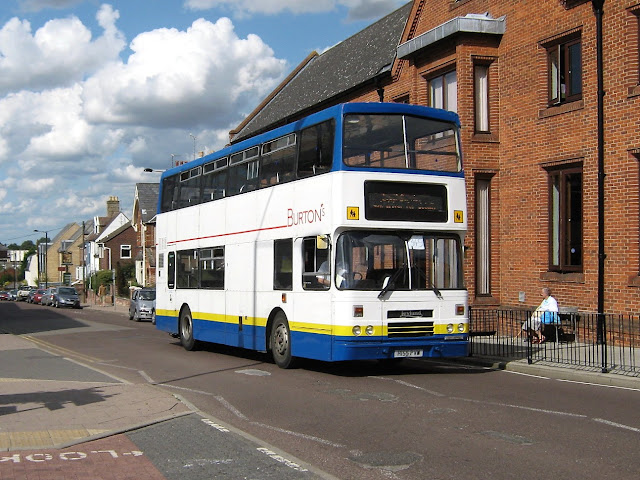 Next up is Leyland Olympian H155 PVW having just left the bus station with the 345 service to Haverhill. The Alexander Belfast bodied decker was new to Dublin Bus in May 1991 as 91-D-1094 and acquired by Wiltax, the Surrey rail replacement specialist, in March 2007. It subsequently transferred to Burtons in April of the following year. 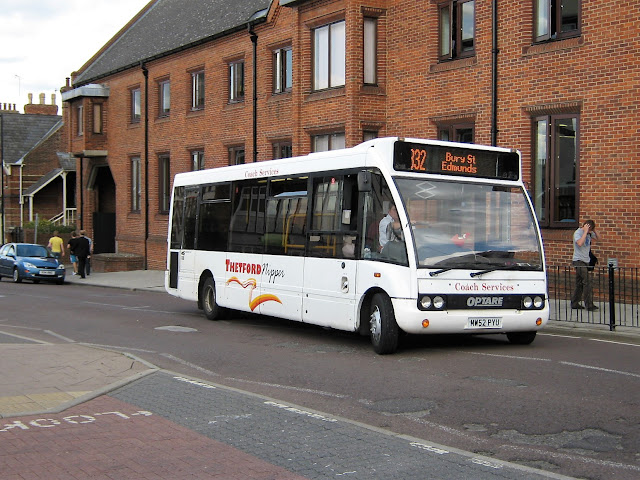 Our third subject is Optare Solo MW52 PYU from the Coach Services fleet. Adorned with Thetford Nipper branding, it was new in December 2002 and stayed with operator until sold in mid 2015 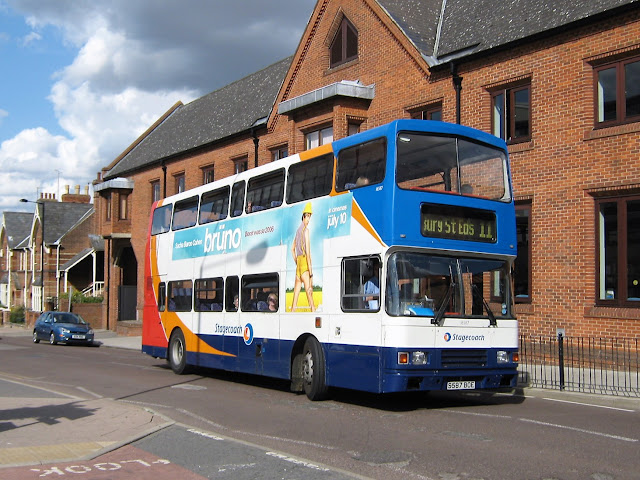 Roy
Posted by eastnorfolkbus at 11:21