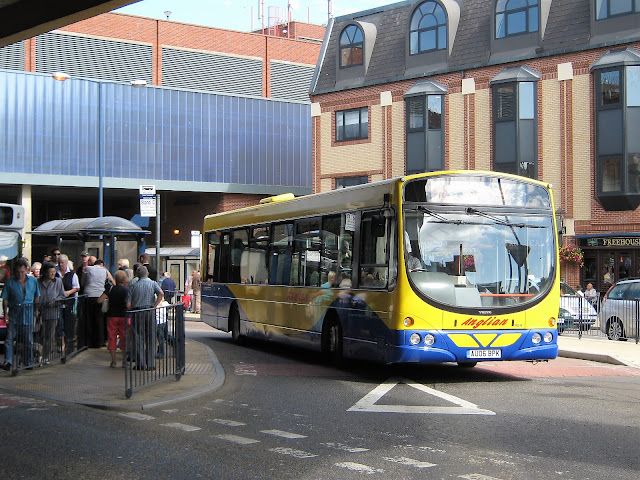 The first shows Anglianbus Volvo B7RLE/ Wright Eclipse Urban 404 AU06 BPK leaving Market Gates on the 12th. It was one of a batch of five purchased new by the operator in March 2006 with all of the quintet later joining Blackpool Transport in 2010. Blackpool sold all five last year with AU06 BPK being acquired by Hunts Coaches of Alford, Lincolnshire and re-registered DSZ 7401. 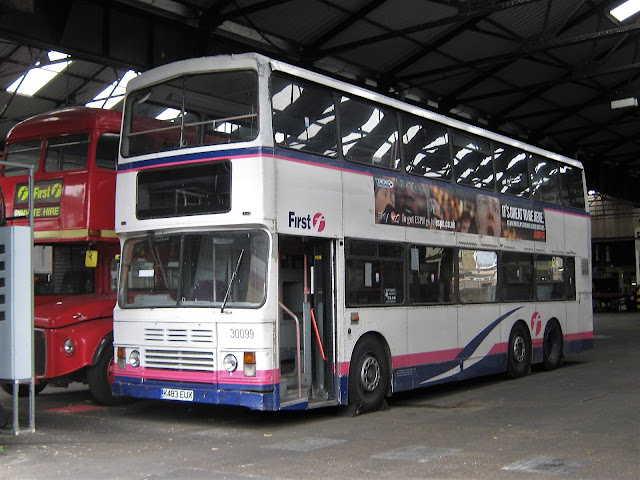 Next up is First's Alexander RH bodied Leyland Olympian triaxle 30099 K483 EUX peering out of Caister Road depot on the 15th. It went for scrap in early 2011 with only one of the batch of ten escaping into preservation. They were new to China Motor Bus during 1993 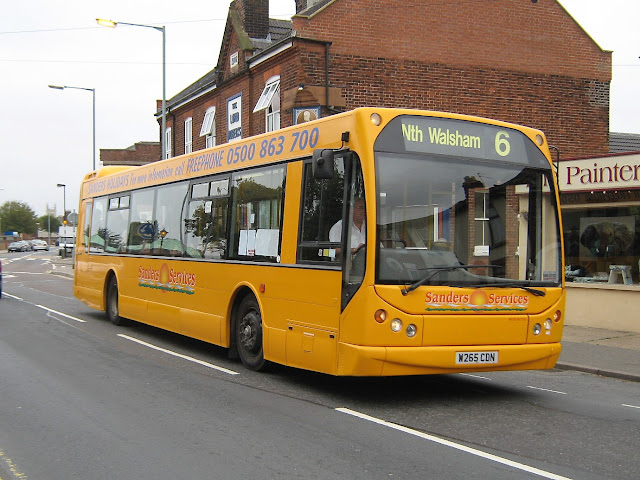 On the same day I walked back to town via Caister Road and Northgate Street and was passed by Sanders Coaches W265 CDN heading for North Walsham on the 6. It was one of five similar East Lancs Myllennium bodied DAF SB220's operated with W265 being acquired from National Car Parks at Luton in June 2008 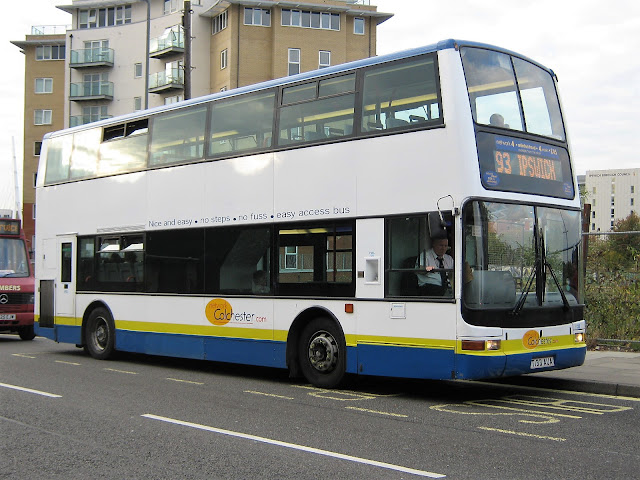 The final photo is of Network Colchester's T133 AUA seen on Ranelagh Road in Ipswich on the last day of the month. The DAF DB250 / Plaxton President was new to Capitol of West Drayton in April 2009 and saw use with a number of operator's including WilTax, Fairbrother Coaches of Warrington and Selwyns Travel of Runcorn .