With summer not too far away (hopefully!) this week's Friday Flashback begins in Blackpool on 3rd November 2006 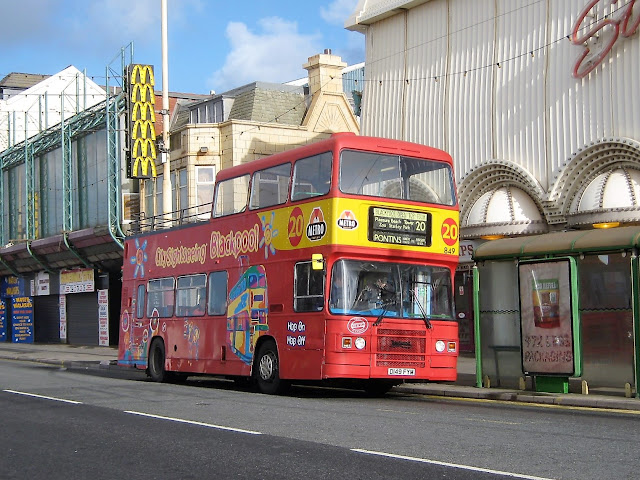 Even in November the Blackpool Sightseeing open topper was out with Leyland Olympian/ Eastern Coach Works D149 FYM on the 20 to Pontins. New to London Buses as LL149 in September 1986, it arrived in Blackpool in December 2004. After some years in operation it was placed in store in April 2010, transferring to City Sightseeing in Llandudno in July the same year. 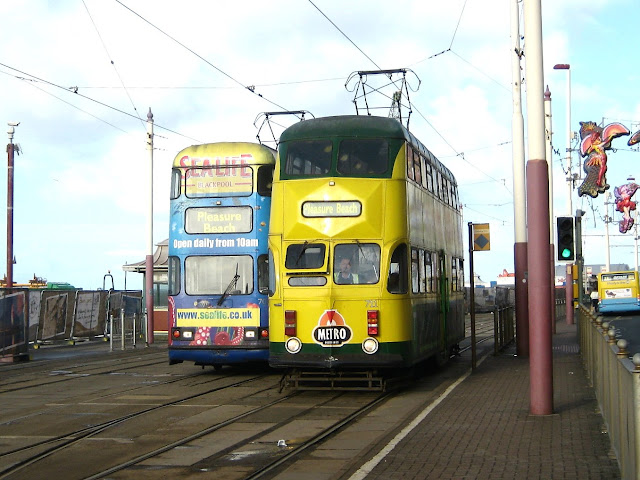 Trips to Blackpool inevitably include a ride on the trams. Here 711 is passed by 709 both are English Electric double deck balloons. The latter had rebuilt front ends with large destination boxes. An Optare Solo is on route 16 Lifestyle Line to the right of the photo 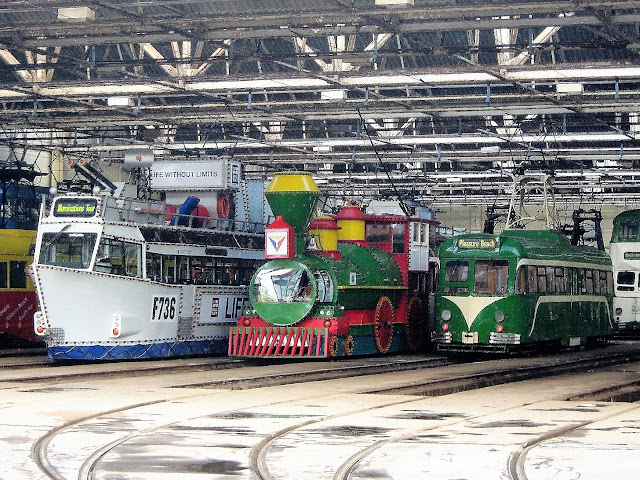 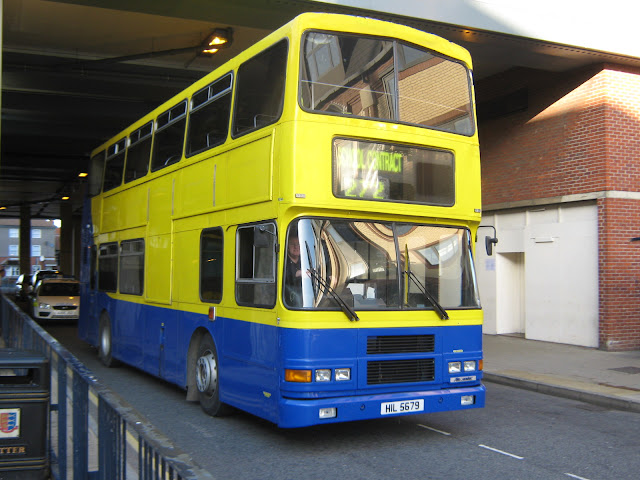 Back in Great Yarmouth on the 17th we see Anglianbus Volvo Olympian HIL 5679 arriving at Market Gates having completed a school contract. New to Dublin Bus in August 1996, it was subsequently reregistered as P478 SWC and acquired by the Suffolk operator via dealers Ensign. Withdrawal as HIL 5679 came in January 2015 and it was sold for scrap a month later 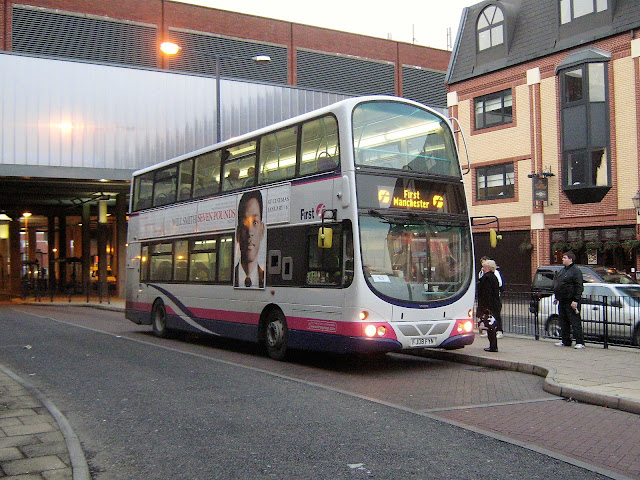 Our final photo is of First Manchester Wright Eclipse Gemini bodied Volvo B9TL 37562 FJ08FYN at Market Gates on 24th whilst on hire to First Eastern Counties. It was later acquired in June 2013 and is still with them today

Roy
Posted by eastnorfolkbus at 12:19