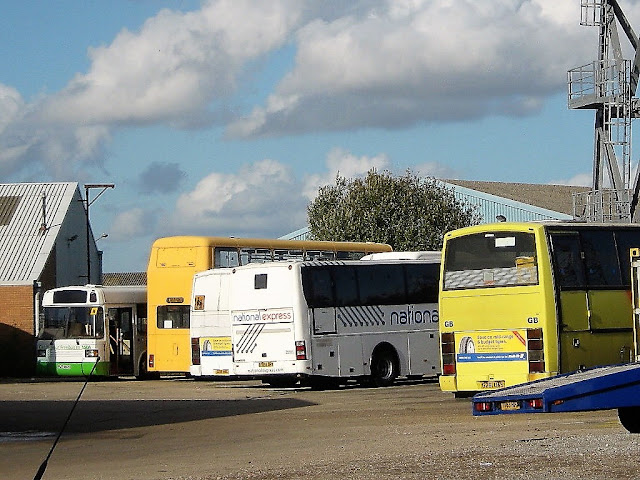 The first shows a general view of Ambassador Travel's yard at James Watt Close on the 23rd October. The five vehicles appearing in the shot are East Lancs Greenway PJT 267R, Volvo BM10 decker B140 GAU and Volvo saloons G108 HNG, FD54 DHY and G261 UAS. The ex Blackburn Leyland National Greenaway was primarily used as an ASDA Free Shuttle Bus whilst I never did see the decker in use although it apparently was used by Derby. 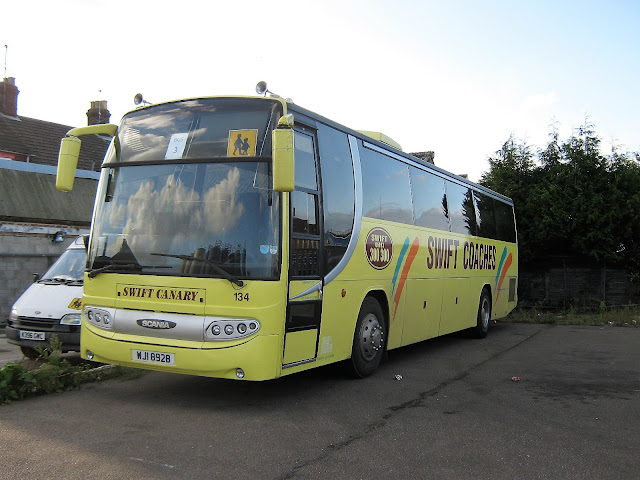 The same day I looked in at Swift Taxis' Southtown Road yard and found two coaches of interest. The first was yellow coloured Swift Canary WJI 8928. It was a Plaxton bodied Scania K93CRB which was new to Shearings as their G881VNA in May 1990 and last heard of with Black and White Coaches of Scunthorpe 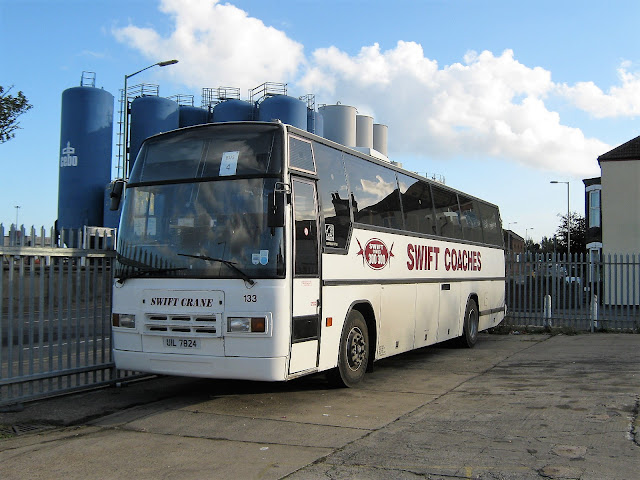 The second coach at the yard was Plaxton Paramount bodied Volvo B10M UIL 7824. Named Swift Crane it was aquired from Springfield Bus & Coach of Grappenhall in Cheshire in February 2009. It subsequently appeared in an online auction in August 2011. 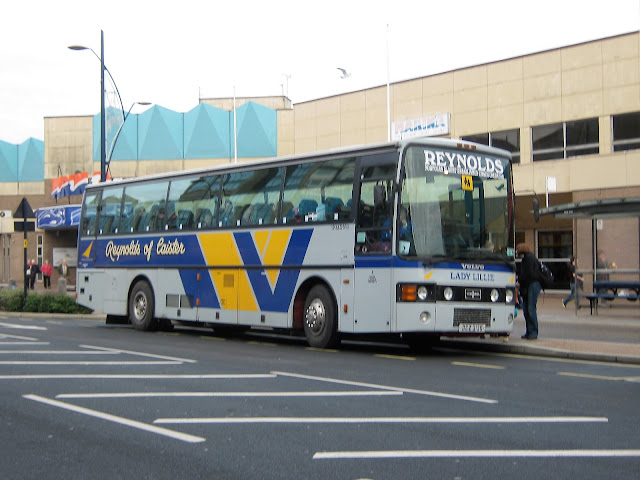 Our final photo is of Reynolds of Caister BEZ 3139 outside the Marina Centre on the 27th awaiting the return of schoolchildren following their swimming lessons there. The Van Hool bodied Volvo B10M-60 was purchased from Ingleby of York in February 2005. It was new to Kenzies of Shepreth in April 1992 as J43 UFL. It later passed to Chet Coaches of Chedgrave near Loddon

Roy
Posted by eastnorfolkbus at 23:28