No less than three Shearings' Setras dropped off their passengers at Great Yarmouth's Carlton Hotel late this afternoon following their respective outings. 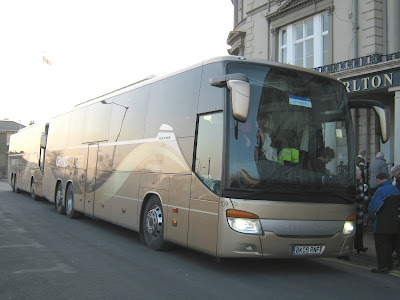 The first two arrived together and both wore Grand Tourer branding; 109 (BK109RNF) led 206 (BK10EJG) into Kimberley Terrace from Marine Parade and both are seen above unloading passengers at the Carlton's main entrance. 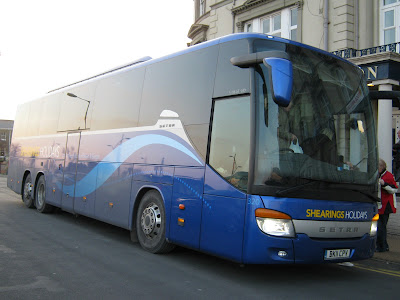 Some 15 minutes later another Setra, 320 (BK11CPV), took the same route and is also pictured above unloading at the hotel. Two of the three coaches parked up at Beach Coach Station whilst 109 remained in the car parking area close to the hotel.
Posted by eastnorfolkbus at 20:59