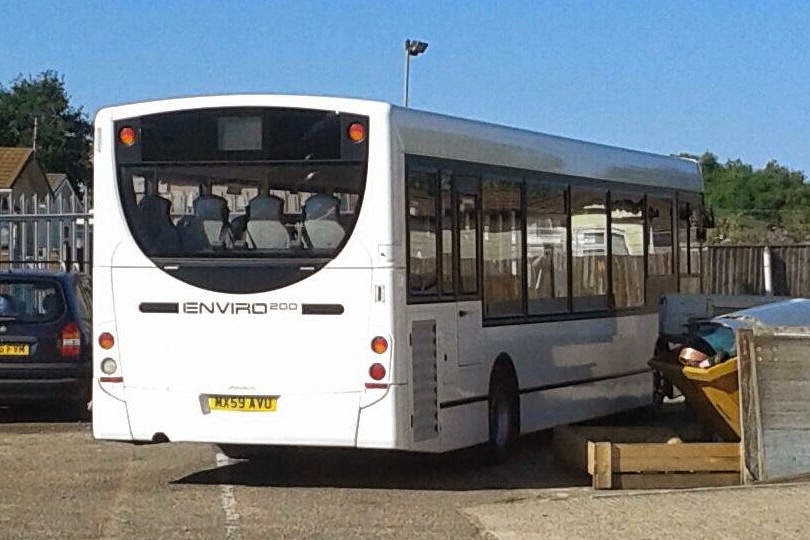 Beccles-based Border Bus has just announced, via Twitter, that the first of its single deck buses for its 146 service is ready for the paint shops

The hourly 146 service connects Southwold with Norwich via Reydon, Wangford, Wrentham and Beccles from 24th July

The route's timetable can be viewed on the Border Bus website

My thanks to Tim Miller for the photo
Posted by eastnorfolkbus at 14:14