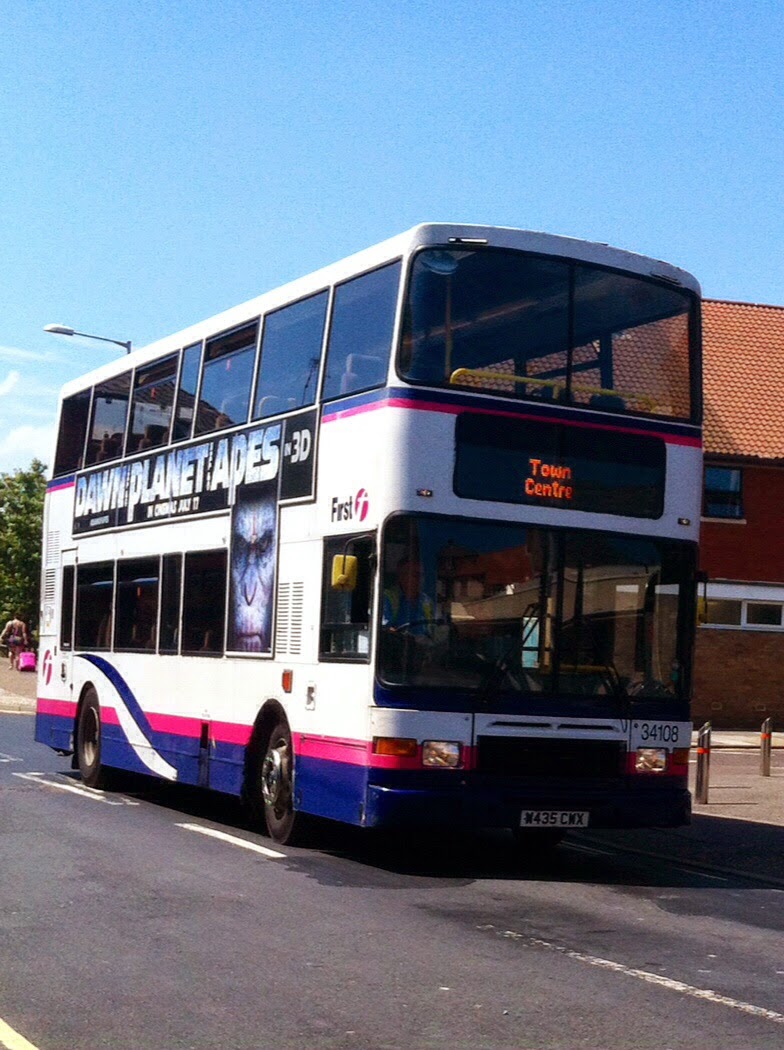 Before starting this post, I offer my apologies for the minimum amount of postings recently appearing on the blog.  This is primarily due to the failure of my PC to fire up and my iPad seizing up shortly after! The former is being replaced by a brand spanking new version whilst the latter is now fully operational. Luckily things have been a little quieter than usual!

To return to the subject of this post, yesterday regular contributor Jamie Skinner sent me the following email:-
'Haven't really had the chance to get pictures but good to see Olympian 34108 W435CWX still out in service, I haven't seen 34186 S686AAE materialise yet though, so if it is roadworthy or not I'm not sure..

Anyway, 34108 came roaring past me on The Conge and luckily I had a chance to get a picture.(top right) It was operating the Town Centre 7 from Belton, funnily enough with no passengers on board though! I guess it passed through Market Gates after I spotted it and then to the depot to work a Bernard Matthews duty soon after' 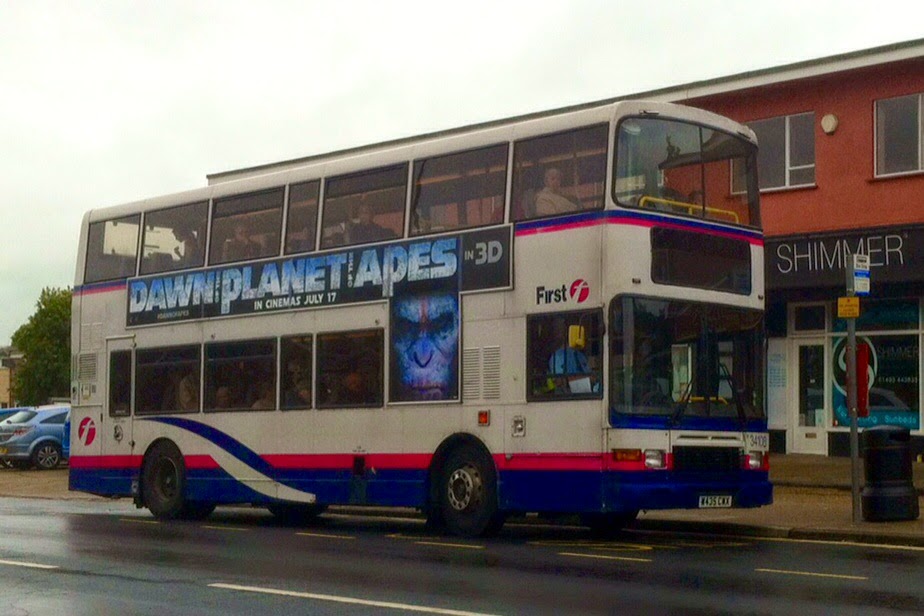 This morning I received another email from Jamie. Whilst going for his No 7 bus to Belton at the Magdalen Arms stop in Gorleston, he was passed by an Olympian working in the opposite direction. It was 34108 on the No 8 service to Caister via Great Yarmouth - Groundhog Day!!

My thanks to Jamie for his reports and photos
Posted by eastnorfolkbus at 21:11