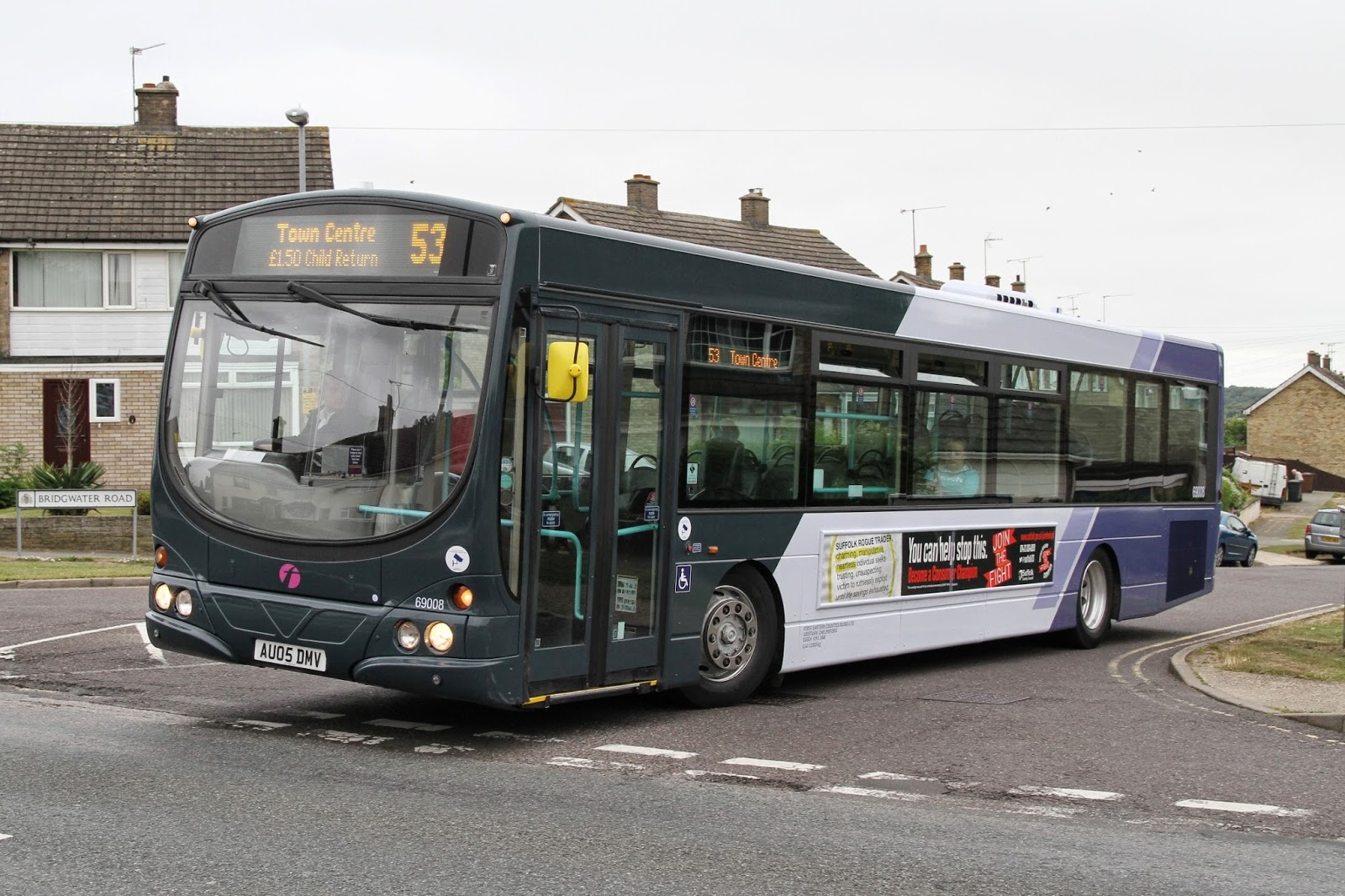 He says that on a closer inspection, the style is a variation of the Olympia livery and has a deep green in it although it is stated to be charcoal 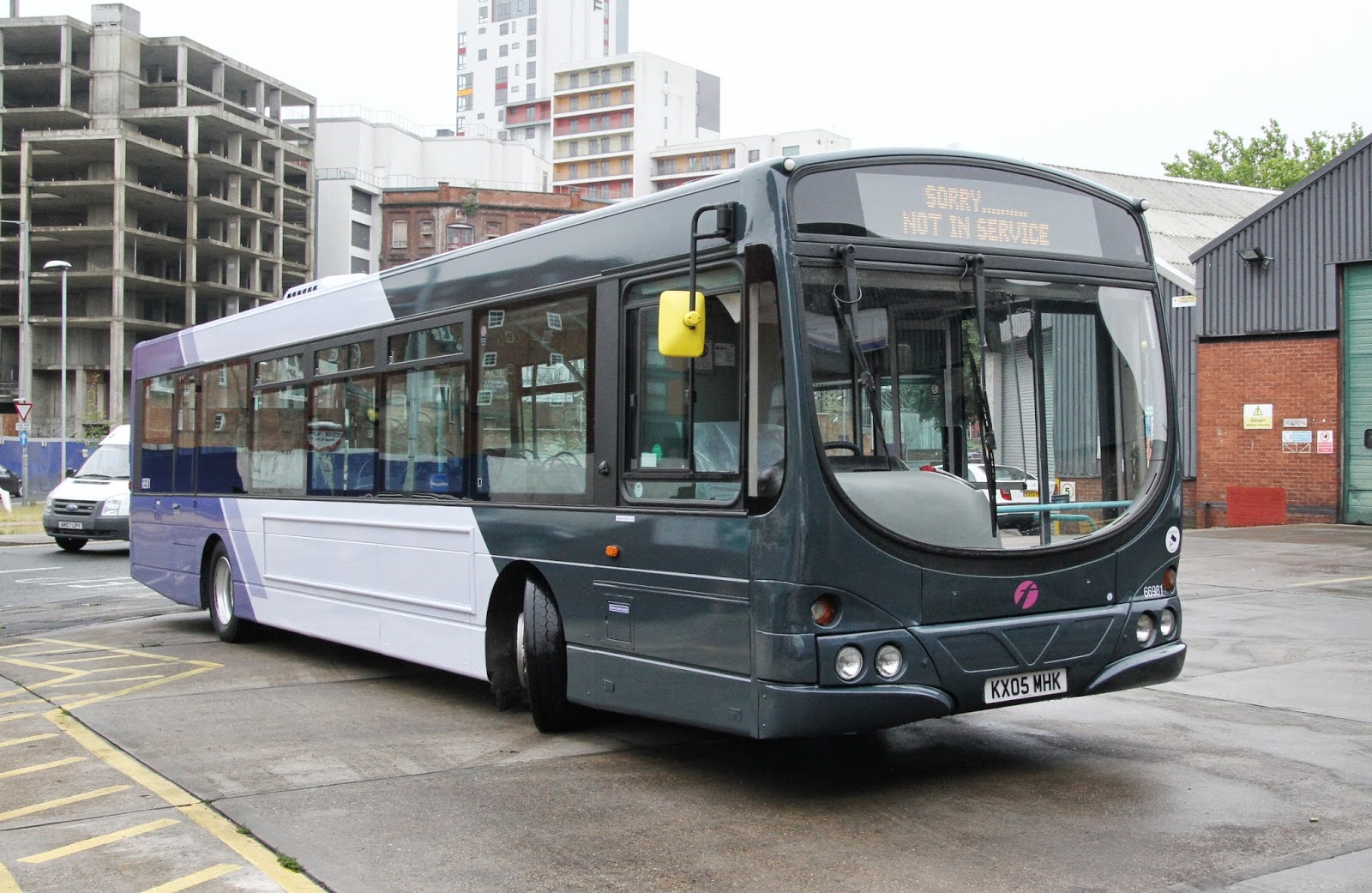 in Bridgewater Road on its first day out, whilst the other is of 66981 KX05MHK which arrived back in the Suffolk town yesterday

My thanks to Jim for the report and photos and to the First Ipswich staff to enable pictures to be taken. See also the comments below for views on the new 'Ipswich' livery
Posted by eastnorfolkbus at 13:45