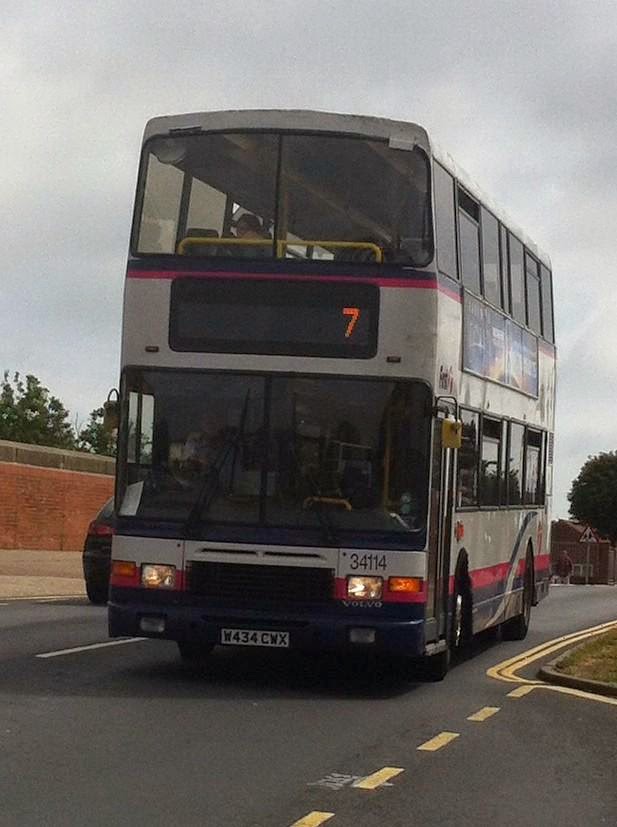 Regular correspondent Jamie Skinner went to catch his bus to Belton at the Magdalen Arms stop in Gorleston this morning when the following appeared!

It was First's Volvo Olympian 34114 W434CWX on service 7. After joining the bus, it wasn't long after he had taken his seat when he observed sister 34109 W436CWX heading in the opposite direction.

My thanks to Jamie for the reports and photos