Following Graham's report this morning on the surprise move of a former Ipswich Scania to Caister Road, I thought I would venture to Gorleston's High Street to seek it out

As almost all of First's single deck worked services pass through the High Street, I thought I was on a safe bet to see the Scania there (if it was out in service that is!) 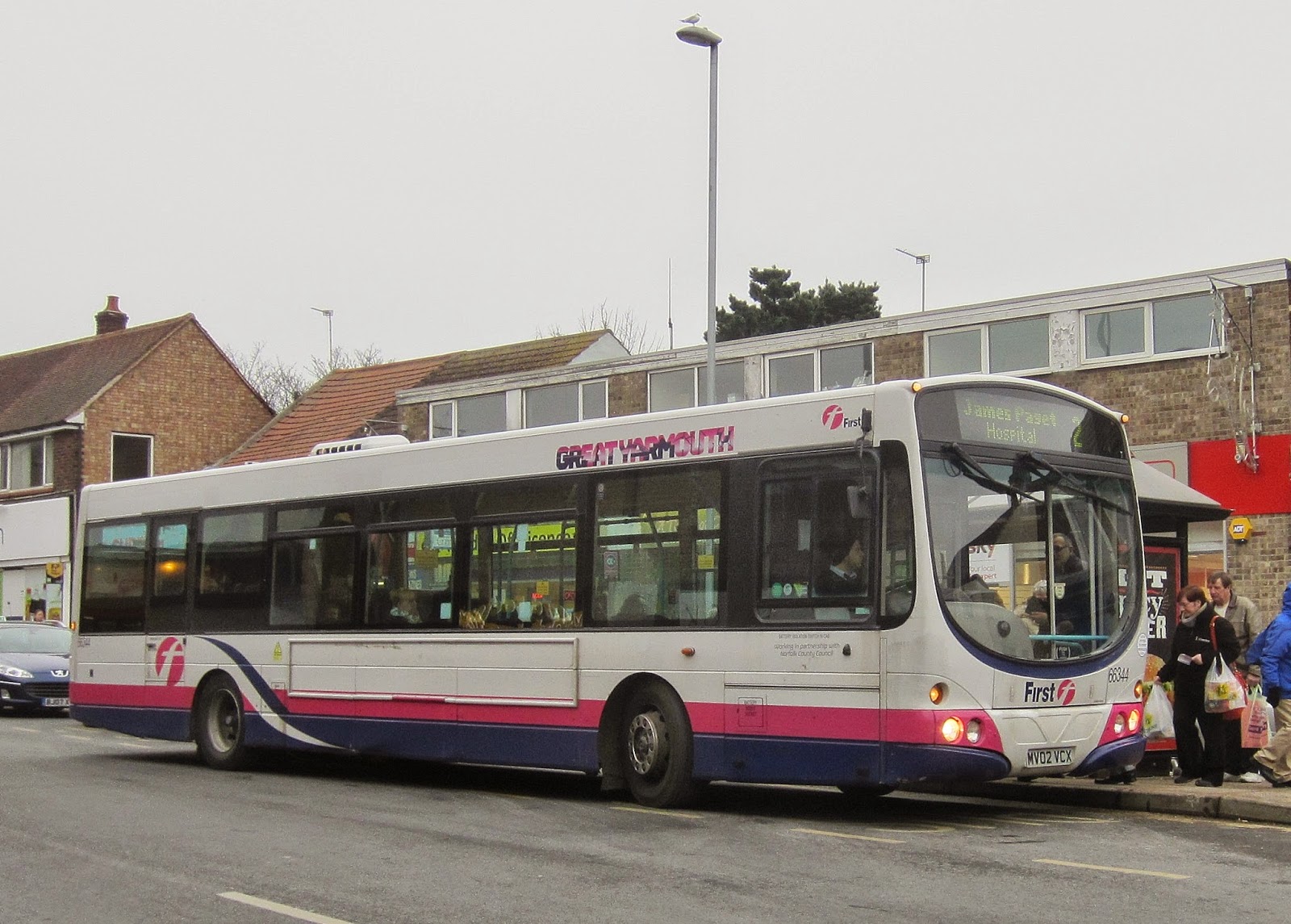 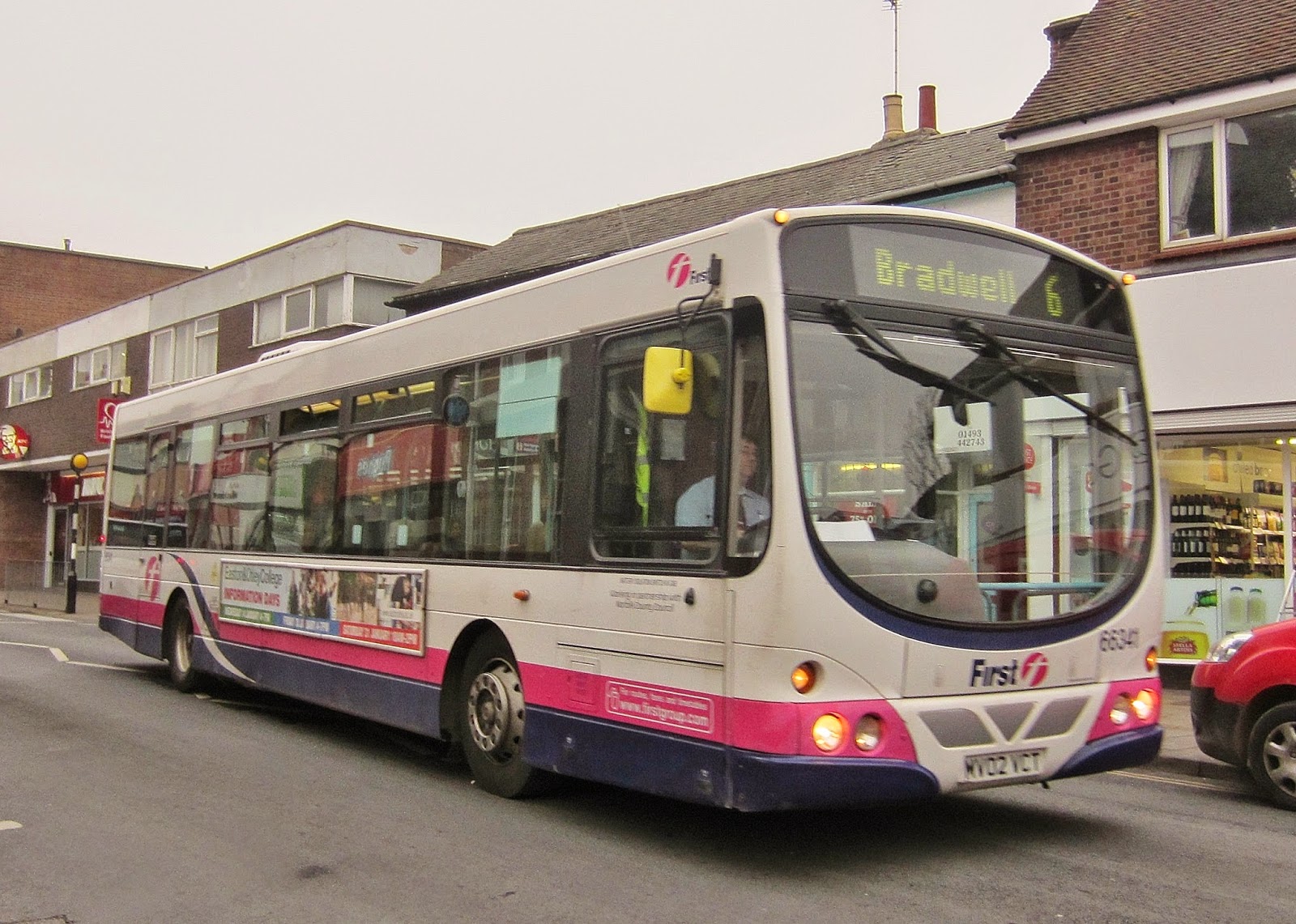 Closely following behind was similar 66341 MV02VCT on the 13:35 Great Yarmouth to Bradwell circular route 6

Having waited for what seemed ages, and as I had viewed all the saloon workings, I was about to leave when the wondering Scania was seen heading my way! 65588 V588DVF, still retaining its First Ipswich fleetname, was on the 13:41 from Caister Second Avenue to the James Paget Hospital. Mission accomplished!