TBT - Yarmouth Buses At The Millenium 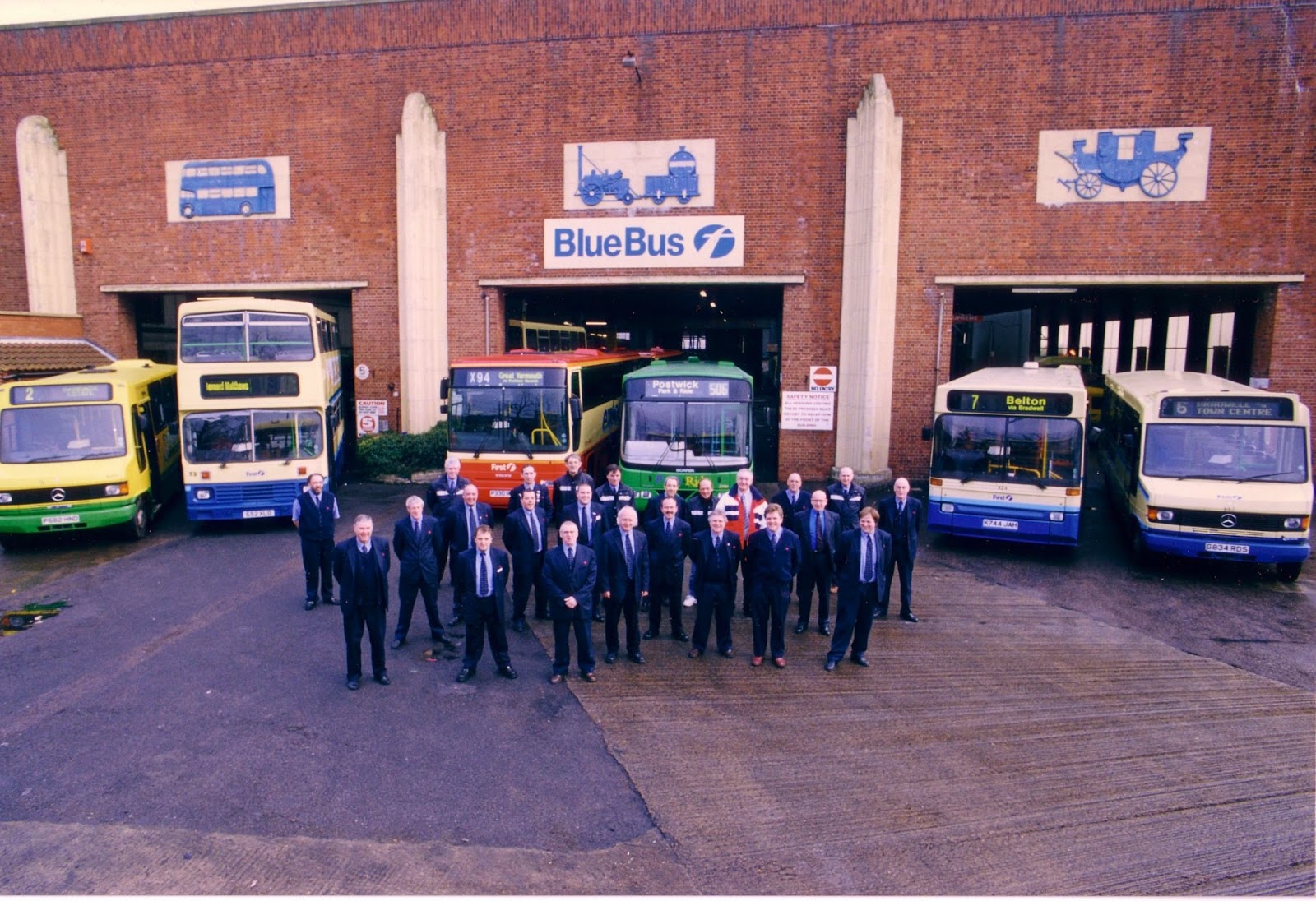 The array of buses in different liveries is a joy to behold. On the left is Flying Banana Mercedes P682HND complete with its Shrublands Estate blind

Next to that is First Blue Bus Olympian G52XLO (later 34952), new to London Buslines in August 1989. Even then the Olympian was being used on Bernard Matthews duties!

To the right is Excel Plaxton Premiere bodied Volvo P330RVG which is next to an unidentified Scania in Park and Ride colours. Finally in First Blue Bus livery are Dart K744JAH and Mercedes G834RDS

Des adds that the picture was taken by commercial photographer Keith Blackwell from the upper deck of a bus parked in the slip road. Of the 24 staff shown, 7 still work for the company, 4 are still driving out of Yarmouth, 2 are managers, (Chris Speed & Cliff Hussey (now at Ipswich)) and 1 works in the garage.

Thanks for the interesting photo Des
Posted by eastnorfolkbus at 07:31