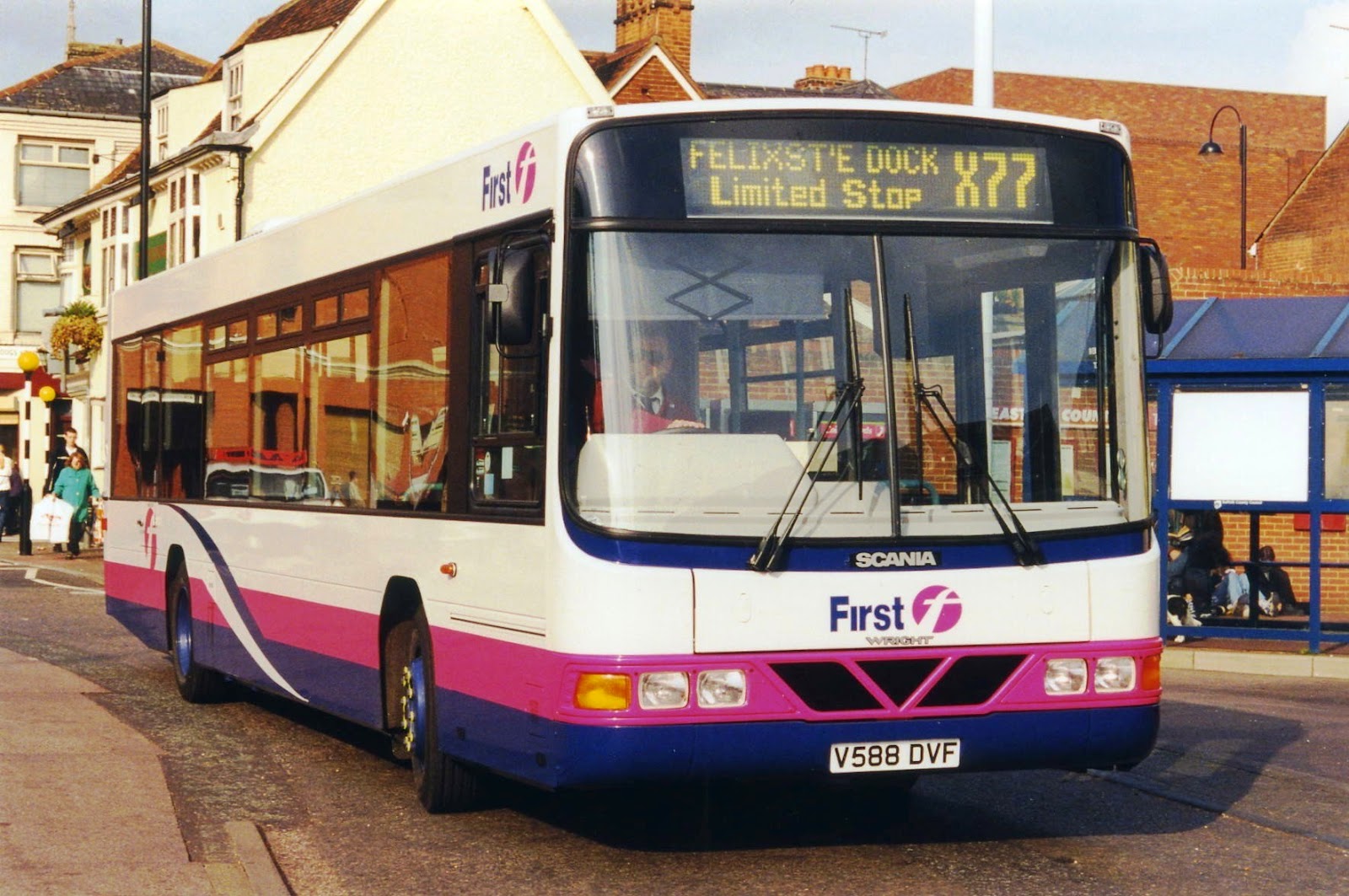 Another ex Ipswich based Wright Axcess Floline bodied Scania L94UB was stored at Norwich until recently. 65579 T579JNG has since found its way back to Ipswich to provide cover for ALX400 32486 AU5HKD which has a major unit problem at the moment 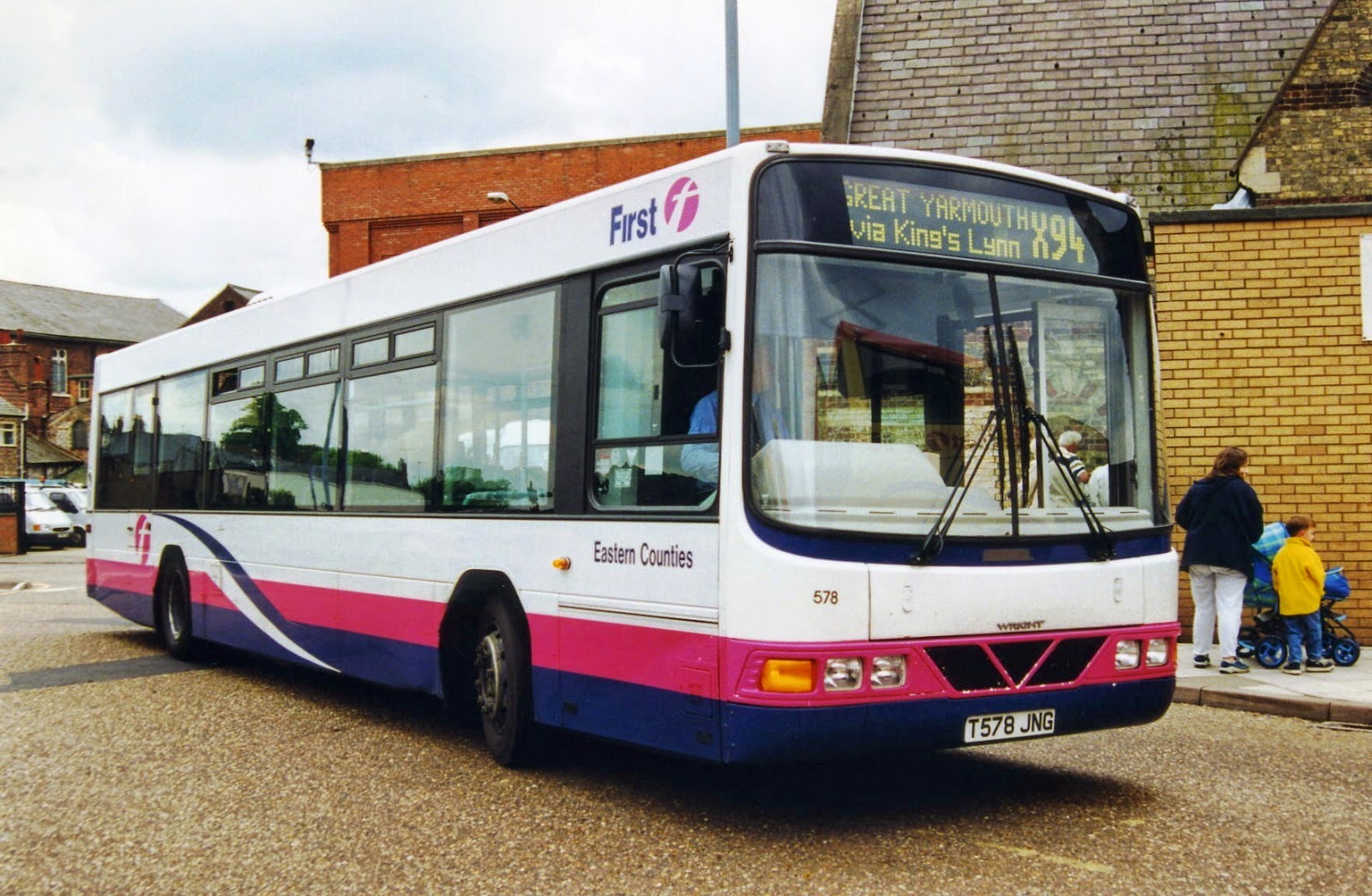 Jim has also provided a photo of sister 65578 T578TNG, when almost brand new, working the X94 from Kings Lynn to Great Yarmouth in May 2000. No doubt returning later as she was a Lynn car back then

My thanks to Jim for the information and photos