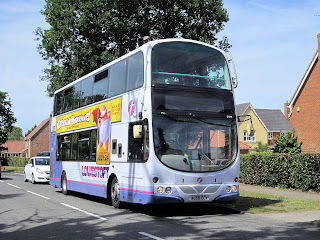 The East Anglian Transport Museum holds its special event to commemorate the closure of Lowestoft's Eastern Coach Works just thirty years ago and we were there yesterday.

Although the day started dull and overcast, by the time the gates were open the sun was out and it was feeling warm. I used the Park and Ride service (right) from the Co-op store in Ashburnham Way with First Eastern Counties thoughtfully providing Gemini 37572 AU58ECW.

On entering the site Leyland Olympian D367JJD was parked beside Lowestoft Corporation AEC Swift YRT898H and I was hopeful of a ride on the former which unfortunately didn't materialise! 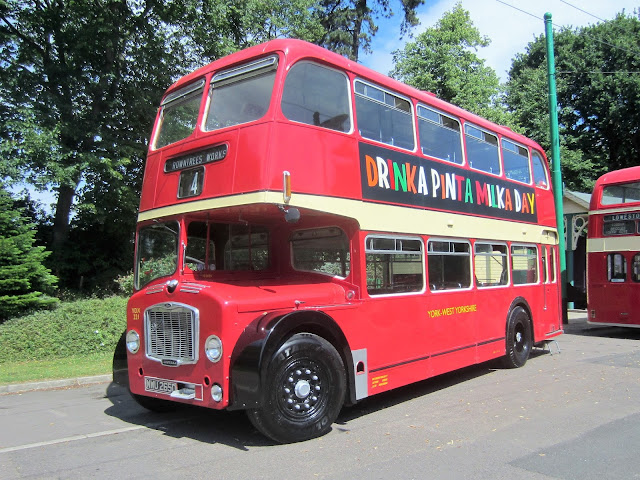 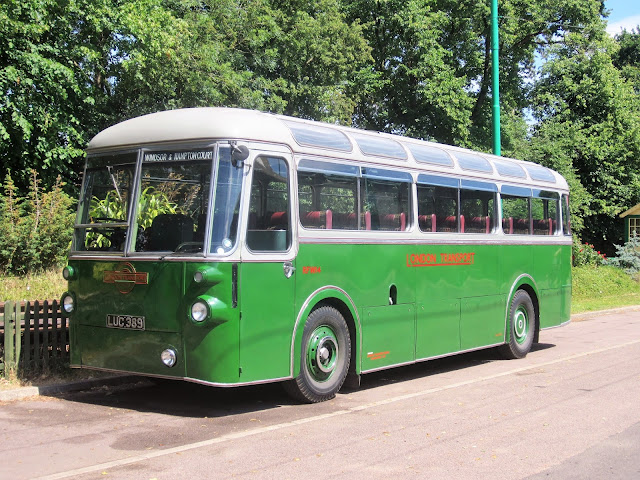 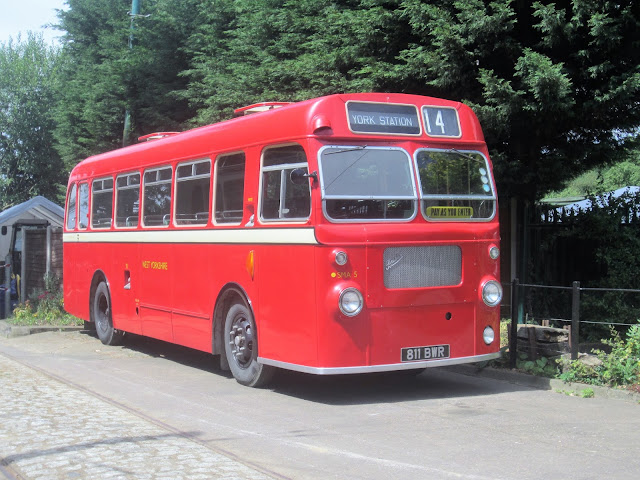 Turning the corner, I then observed another West Yorkshire bus in the form of 1962 Bristol SUL4A 811BWR on sentry duty guarding the entrance to the new museum extension into the field behind. 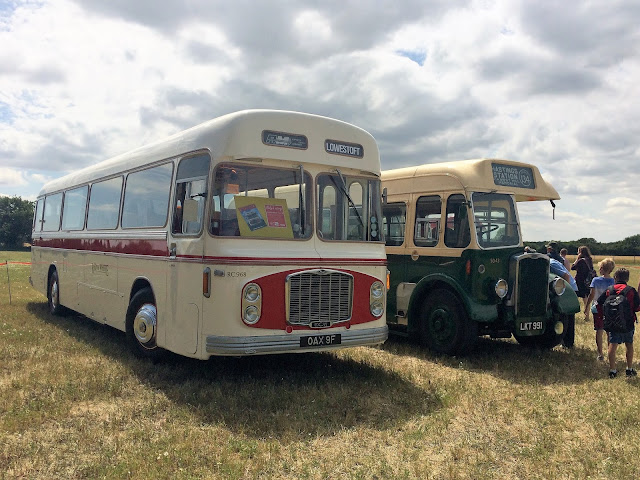 There were three groups of vehicles in the field and the first contained Red and White Services preserved 1968 Bristol RELH-6L/ECW bodied RC968 OAX9F alongside 1950 Bristol L6A LKT991 from the Maidstone & District fleet. 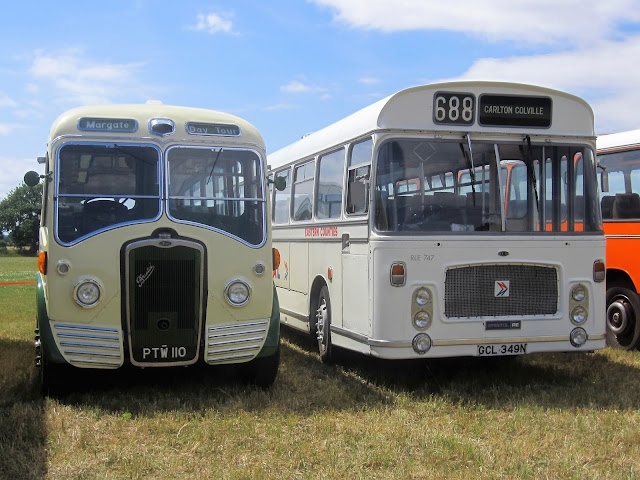 Also among the same group was Eastern National Bristol L6B / ECW 4107 PTW110. Built in 1950, it is now preserved at the Castle Point Transport Museum at Canvey Island 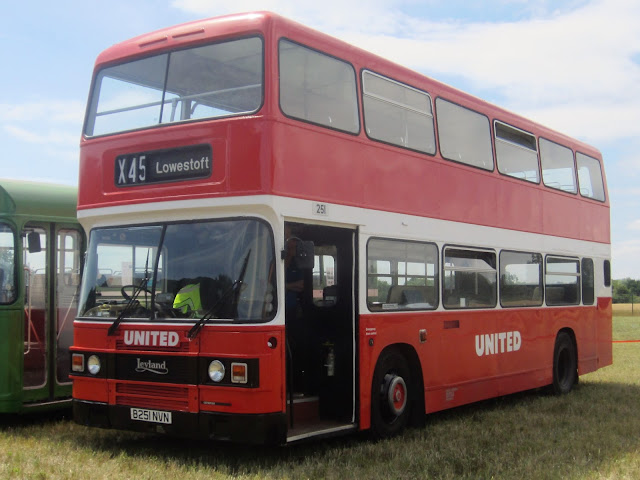 In the middle group was a United Auto Leyland Olympian B251NVN, formerly with Transdev Burnley & Pendle 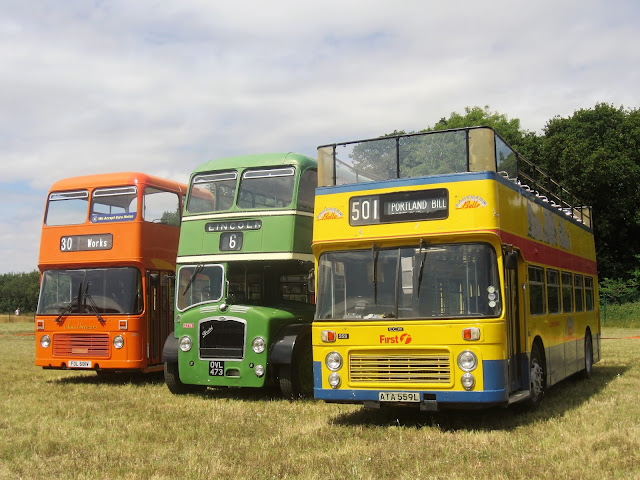 The third group comprised a very colourful trio. Bristol FS5G/ECW H33/27RD OVL473, new to Lincolnshire in July 1960, was sandwiched between two Bristol VRs. On the left is former Southern Vectis FDL681V and on the right is open top former Southern National ATA559L. Interestingly ATA559L was stored in Great Yarmouth by First Eastern Counties during early 2002 and subsequently moved to Ben Jordan for further storage prior to preservation 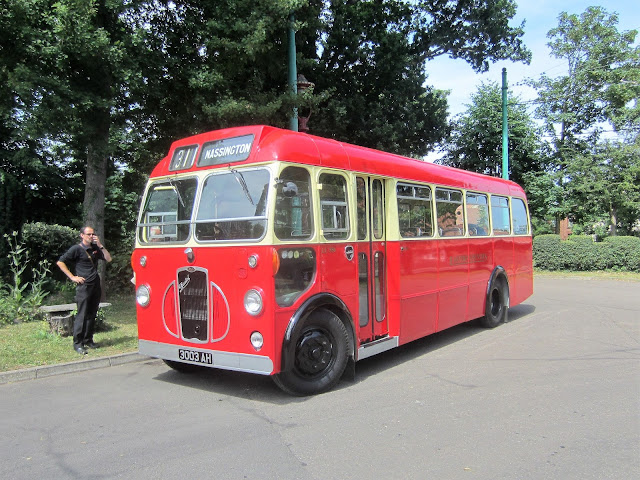 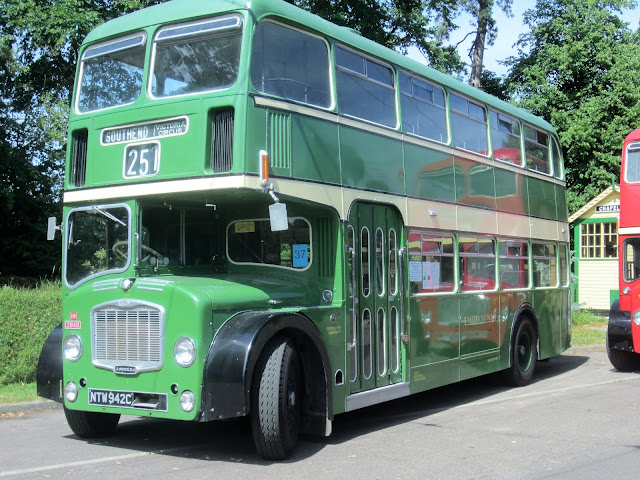 Roy
Posted by eastnorfolkbus at 10:31