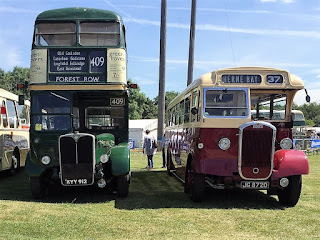 Today is the first day of the three day Kent County show held at Detling, just north of Maidstone in Kent.

The show has an area especially set aside for heritage vehicles and Glenda Brown has been kind enough to send in some photos of some of the vehicles present. 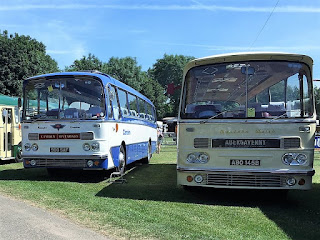 The third shows two double deckers - on the left is Maidstone & District AEC Regent / Park Royal VKR470. It was new in June 1956 as its DH478. On the right is another Maidstone & District bus - Volvo Alisa B55-10 / Alexander registered as LKP385P with fleet number 5385. 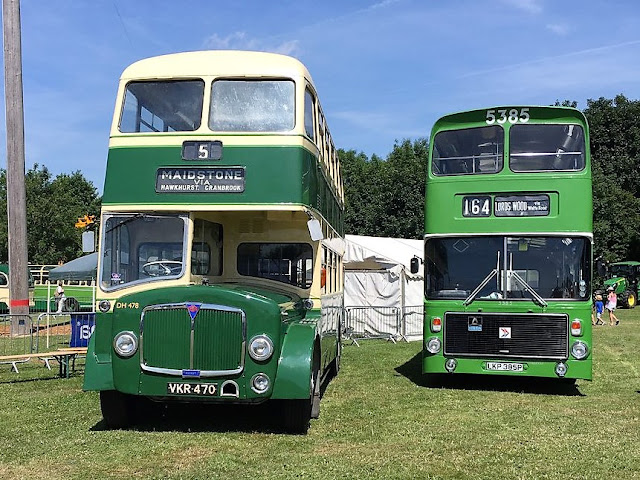 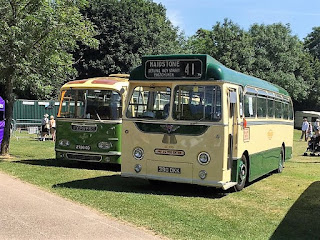 The final photo is of a third Maidstone & District vehicle and this one is of a Harrington dual purpose bodied AEC Reliance which was new in October 1958 as its CO390. Whilst on the left is Southdown 2726CD a Leyland Leopard, Harrington Cavalier. It was new in July 1961 with a fleet number 1726

My thanks to Glenda Brown for the use of her photos

Roy
Posted by eastnorfolkbus at 21:57