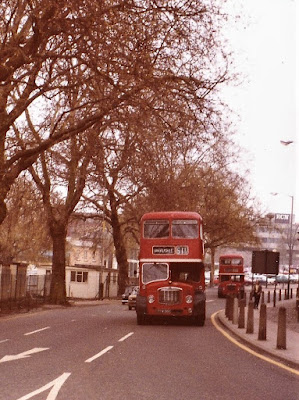 Today we are concluding our look at Eastern Counties double deckers in the late 1970s and early 1980s as part of our Throw Back Thursday feature.

The nearest Eastern Counties LFS is FPW319C, which was new to the company in October 1965.

After spending much of its time allocated to Kings Lynn, it was withdrawn from service in November 1981. It was subsequently disposed of to dealers APT of Bracebridge Heath, near Lincoln.

Roy
Posted by eastnorfolkbus at 15:09