Flying Banana Back At Shrublands 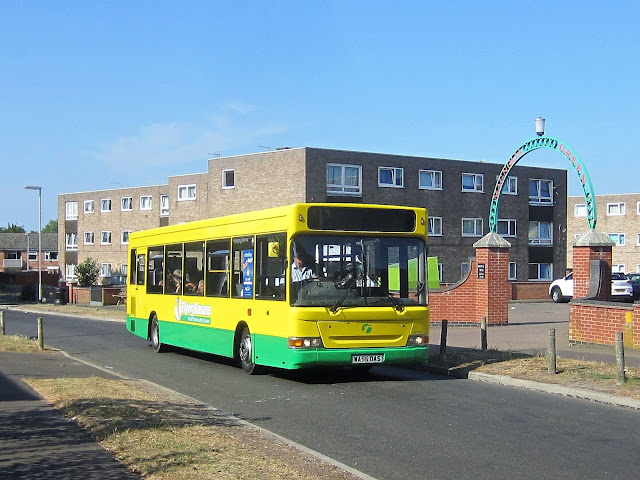 Flying Banana was the trading name for Halesworth Transit, which began running bus services in the  area during October 1989 with a Gorleston Shrublands Estate to Great Yarmouth Market Gates route. I remember the drivers, in their smart yellow bow ties, providing a free banana to all their customers on the first day

They began the route with  three minibuses which are shown above at their then Harfrey's Road base. They were, left to right, ex Bristol Ford Transits C431BHY and C430BHY, plus former Strathclyde Freight Rover Sherpa E237VOM.

Roy
Posted by eastnorfolkbus at 17:46