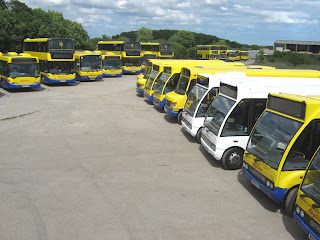 This morning's Notices & Proceedings Report, published by the East of England Traffic Commissioner, records the surrender of an operator licence held by a well known bus service provider.

With effect from 5th July 2018, Anglian Bus Limited, surrendered its licence bringing a final end to the business established way back in 1981 by David and Christine Pursey. The entry named the directors as David Brown, Martin Dean, Simon Butcher, Jeremy Cooper and David Golding. 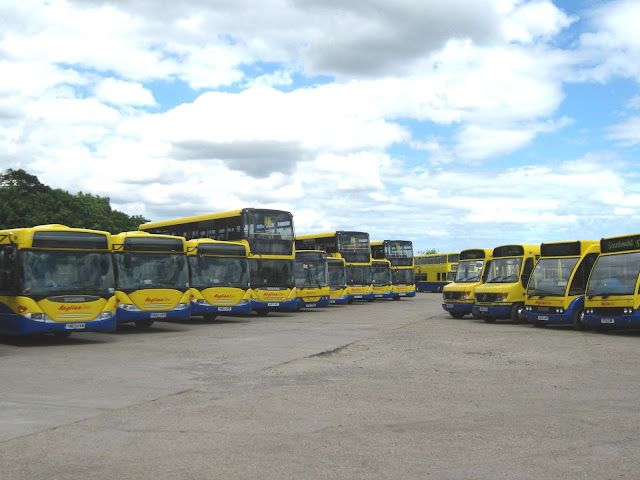 The photos show the Anglian Bus Ellough site on 11th July 2010  (yes, exactly 8 years ago!) when it was especially opened to enthusiasts in connection with an event at the East Anglia Transport Museum.

Roy
Posted by eastnorfolkbus at 10:13