The morning of this year's Worthing Seafront Bus Gathering dawned with strong winds accompanied by continuous rain which didn't abate until early afternoon. The event was held on Sunday in conjunction with the Worthing sea front festival, although almost all the other events were cancelled on the day! 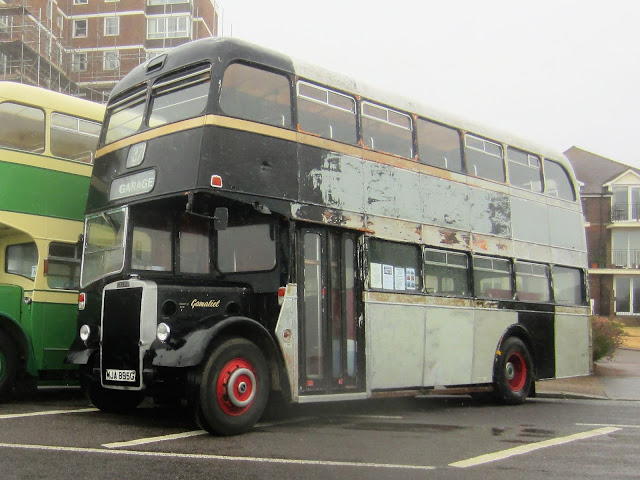 However, well over twenty vehicles arrived and it wasn't until mid afternoon before I braved the elements to see what was on view. The first bus of interest was former Stockport Corporation East Lancs bodied Leyland PD3 MJA895G. It was one of 27 purchased during 1968/69 with the last six built with forward entrance. It was withdrawn from service in August 1981 and, after many owners, it was acquired for preservation by Chris Pearce who is hopeful of restoring it to its original state. 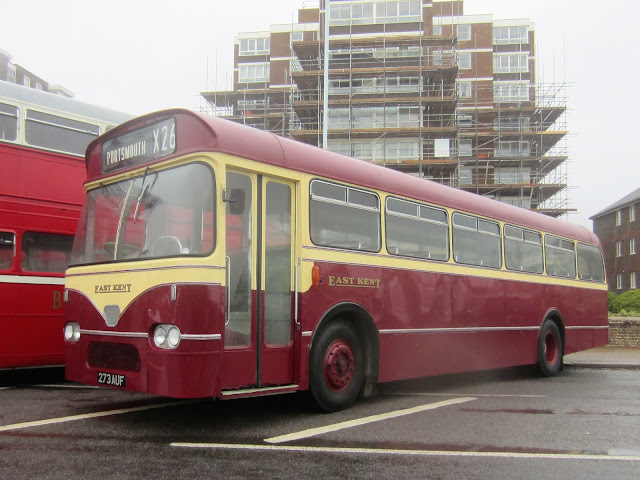 A bus of local interest was East Kent Marshall bodied Leyland Leopard 673 273AUF. Whilst it was new to Southdown in 1962 (then went to East Kent), it also spent sometime in service with Suffolk independent Rules of Boxford who had acquired it from Galloway. 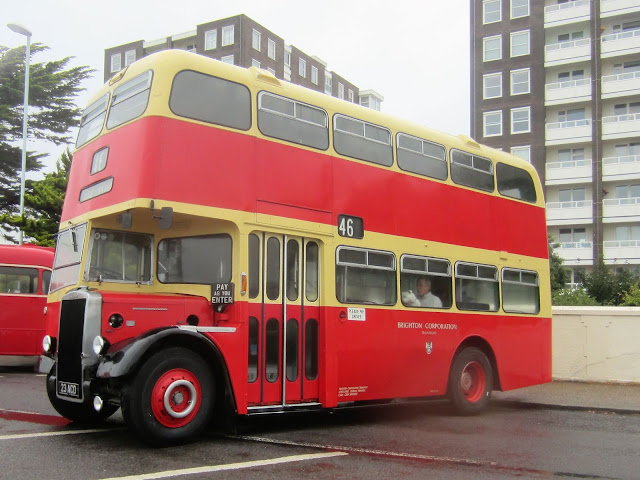 Leyland Titan PD2/37 23ACO was new to Brighton Corporation in January 1963 which, despite being  front-engined was Britain's first one-man-operated double-decker. Although not built as such, its Weymann forward entrance body was adapted to allow the driver to take fares awkwardly through the bulkhead window! 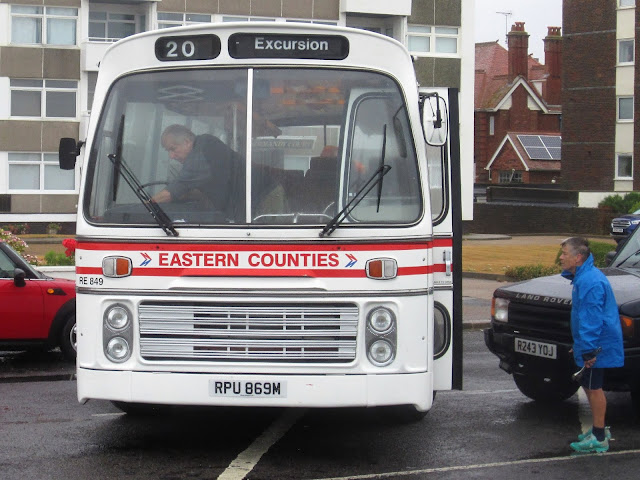 Another local link was provided by former Eastern Counties Bristol RE849 RPU869M which was, at one time, a temporary resident at the Carlton Colville. The current owner is a 70 year old lady who keeps it (and a Bristol VR) on the road by working for Stagecoach Hastings. 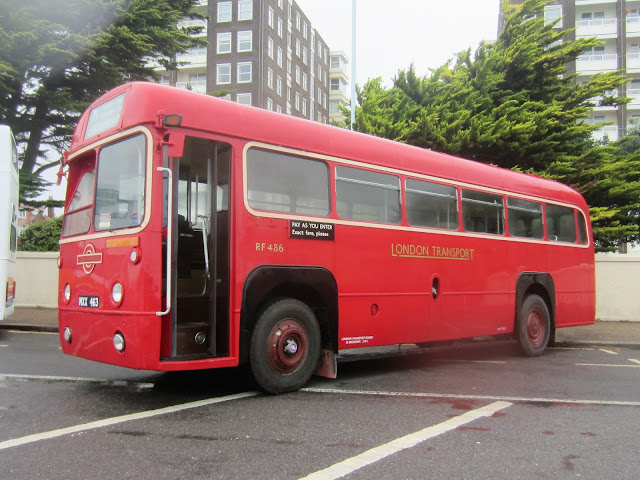 As expected, former London buses were attracted to the event including RF486 MXX463. The Metro Cammell bodied AEC Regal IV was new to Muswell Hill garage in February 1963. Following uses as a staff bus in the 1970s, it was finally sold into preservation to Paul Brophy in August 1977. It has appeared at many running days in the south east and also at Showbus in the late 1990s. 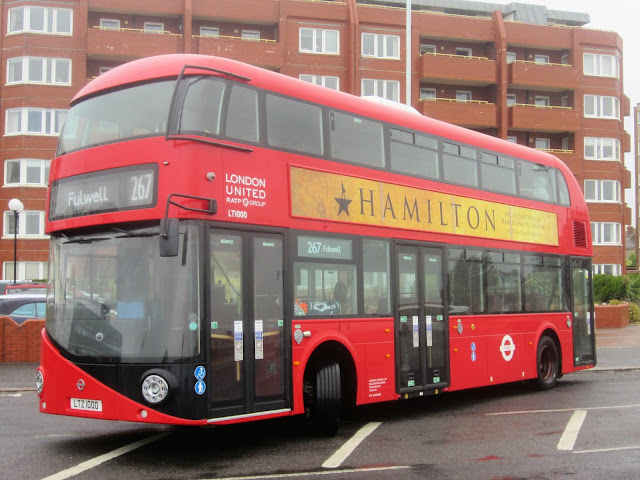 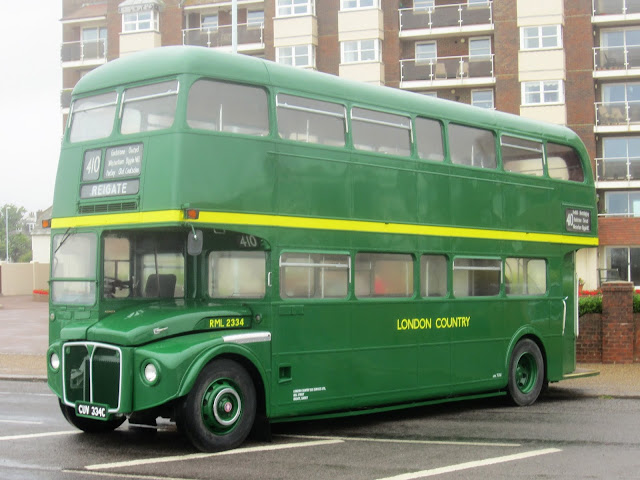 The final photo is of London Country RML 2334 CUV334C. Just after taking my photo, a passing gentleman remarked that 'he used to drive that when working at a Surrey depot'. The RML was new to Aldenham in October 1965 and also had a stint at Godston. It transferred to Leaside Buses on privatisation in December 1997 and then to Arriva London North in the following year. Withdrawn in October 2005, it moved to Ensign in the December that year before being purchased by Mark Dunlop for restoration later that month

Although I only spent a short time there, I met some interesting owners and drivers so it was well worth making the effort in dodging the showers!! Photos taken on the day can be viewed on our Flickr site

Roy
Posted by eastnorfolkbus at 22:12