Yesterday's North Norfolk Railway's Vintage Bus Day attracted a few vehicles and I was fortunate that Mike Sayer has sent photos of some of the attendees. Most of the photos were taken in the display area adjoining Holt Railway Station although one was taken at Sheringham. 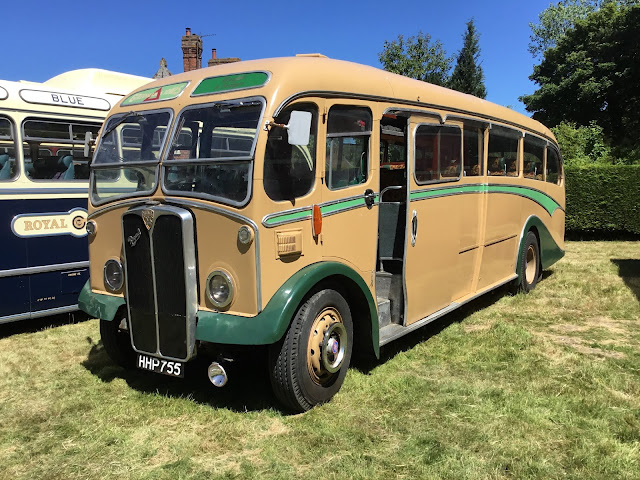 First up is this one of an AEC Regal 3 with a Duple full fronted body. HHP755 was formerly with Greenslades Tours of Devon and was new to Maudslay Motor Company as a demonstrator in September 1948. 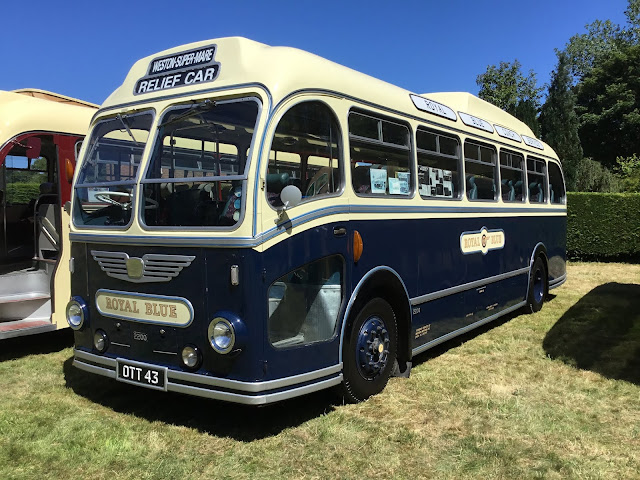 Mike's second photo is that of Eastern Coach Works bodied Bristol LS6G OTT43 which was delivered new to Western National in August 1953. It was used on their Royal Blue express services which were operated jointly with Southern National. 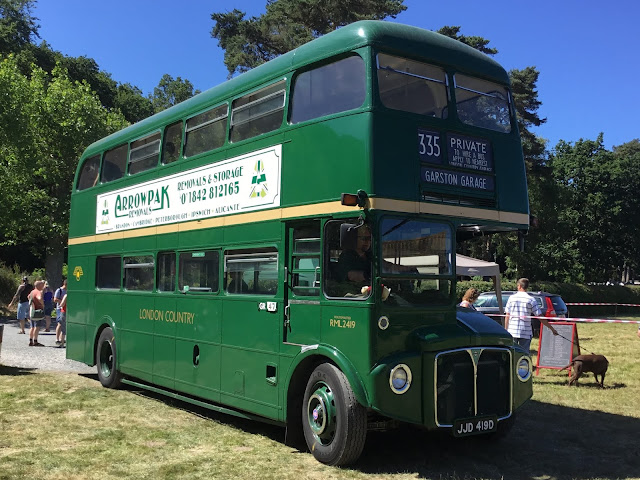 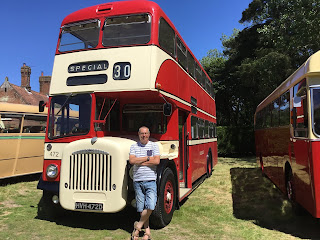 London Country liveried Routemaster RML2419 JJD419D also made an appearance. The decker was new in February 1966 being sent to Aldenham Garage. In 1998 it was acquired by Metroline with withdrawal following in March 2004. It was purchased for preservation soon after and later privately acquired in October 2009 being based in Norfolk.

Mike's main reason for attending was to be reunited with former Huddersfield Corporation Daimler CVG6 HVH472D. This was a bus that he last drove 44 years ago! 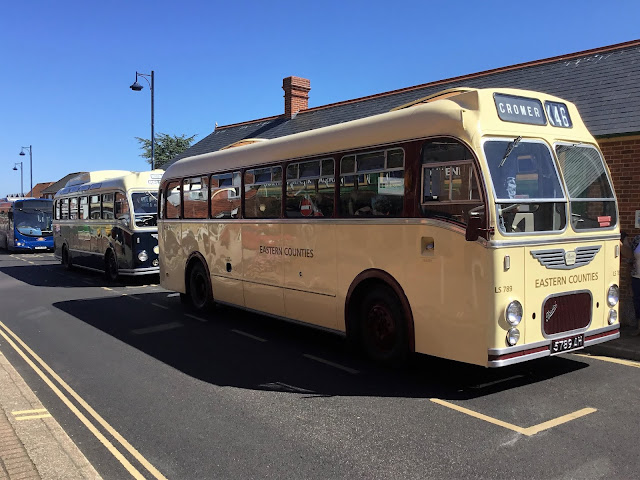 The final photo was taken at Sheringham where Eastern Counties ECW bodied Bristol MW5G 5789AH led the the Royal Blue coach in convoy on the 15:15 departure from Holt. In the background can be seen one of the Sanders Coaches Coasthoppers

Roy
Posted by eastnorfolkbus at 22:22