David Burdett sent in this shot of a former First Norwich Dennis Trident in Weymouth on Saturday last. 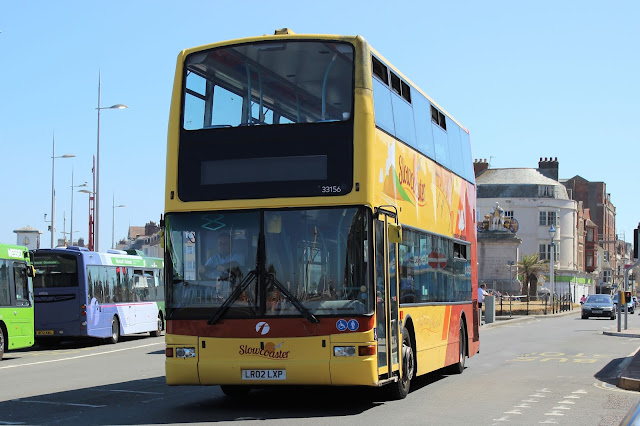 It is of First Wessex 33156 LR02LXP which was observed in its latest Slowcoaster livery. It was new to Centrewest London Buses in June 2002 as their TN33154. It then went to First Eastern Counties in April 2010, prior to moving to First Hamsphire & Dorset (First Wessex) at the beginning of 2017.

The Slowcoaster ran from Weymouth to Bridport, via Portland, visiting various tourist attractions and camp sites on the way.

My thanks to David Burdett for providing the photo

Roy
Posted by eastnorfolkbus at 09:43