After an enjoyable Christmas Day, Boxing Day was spent generally lazing around watching old films (yet again!) and a bit of reading for a change - including catching up with the latest Fleet News in Buses. 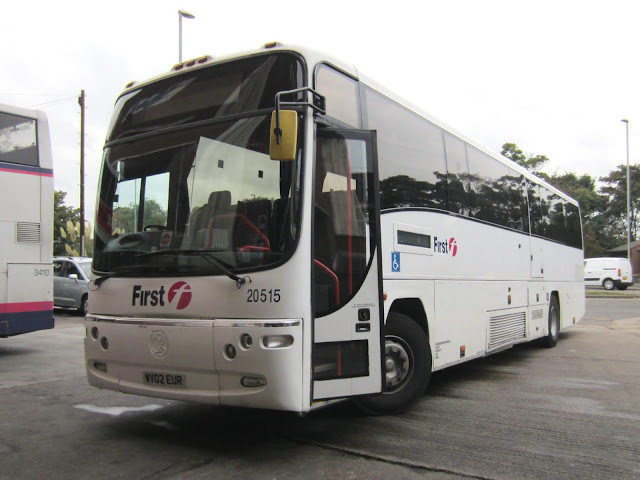 Immediately the first item revealed that 2 Way Travel of Scunthorpe had acquired Volvo B12M/ Plaxton Paragon WV02EUR from First Eastern Counties. Many of you will remember it working the X1 route and it is seen here outside Caister Road Depot on 5th October 2012 having then been recently transferred from First Midlands (Worcester). 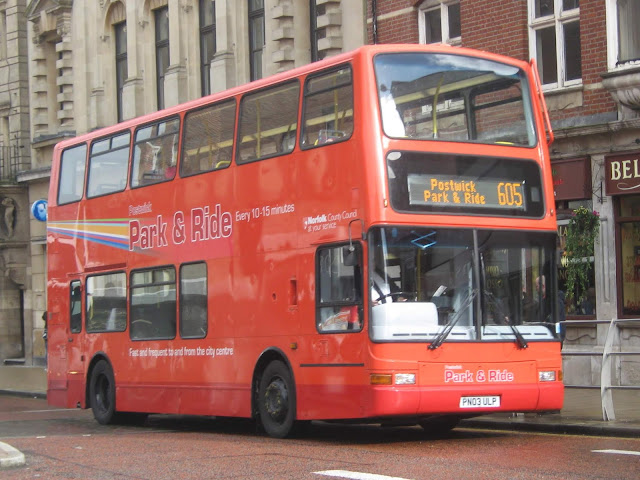 Under Belle Vue of Heaton Chapel, it was reported that two former Norse President bodied Tridents had moved on. PN03ULP, pictured in Norwich's Red Lion Street on 20th October 2010, has passed to Harris of Blackburn whilst PN03UMG had gone to Orion of Manchester. (I last had the latter recorded with Central Buses of Birmingham) 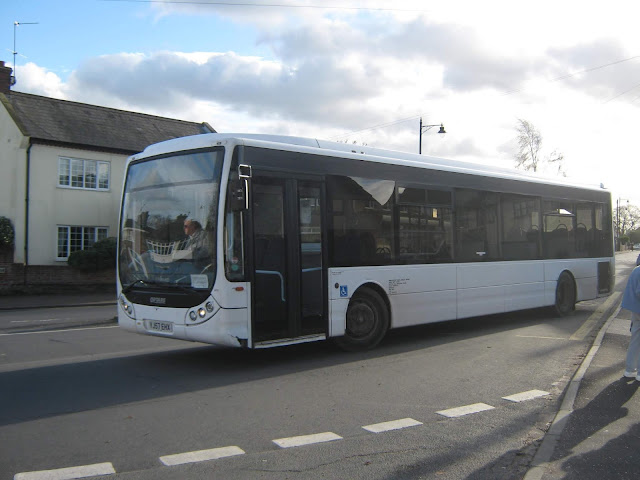 In amongst the Connexions Buses of North Yorkshire update was that ex Ambassador Travel Optare Tempo YJ57EHX was in green/white livery with branding for the X1 route between Harrogate and St James' Retail Park. It is seen here, when with Ambassador, in Acle High Street on 12th November 2010 and later moved on to Norfolk Green and Stagecoach East. It was quite often to be seen in Norwich on the X29 Fakenham route.

Also included, as previously recorded on the blog, was the reported sale of Hedingham Tridents T812RFG and W824NNJ to Ensign of Purfleet which subsequently went for scrap. Other former Anglian buses were withdrawn by Konectbus during August - Scania OmniLinks YN07LFU, YN07EZB and AU58AUV plus OmniCity YN05HFJ.

Roy
Posted by eastnorfolkbus at 09:05