Social media users may have recently seen advertised a free bus service which is to operate around Norwich city centre next week. Awayadays, who operate a London Routemaster bus and Norwich’s City Sightseeing tours, will be providing a service free of charge in order to raise money for Big C – Norfolk and Waveney’s local cancer charity. 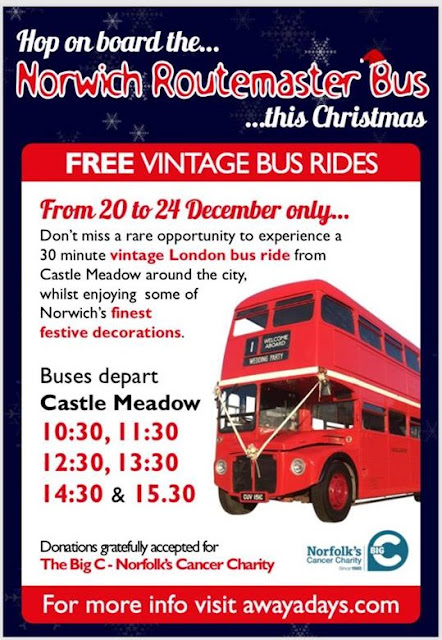 The half-hour circular route starts at Castle Meadow, and calls at St Stephens Street, City Hall and Norwich Rail Station on its rounds. Doing the honours will be Routemaster RM2151, which has only recently returned to Norfolk following a partial rebuild after it was hit by a car on the A47 in May, causing extensive damage to the rear end of the bus.

Journeys depart Castle Meadow at 10.30 and every hour until 15.30, and the bus will run daily from Thursday 20th to Monday 24th December. Donations will be gratefully accepted for the Big C charity. 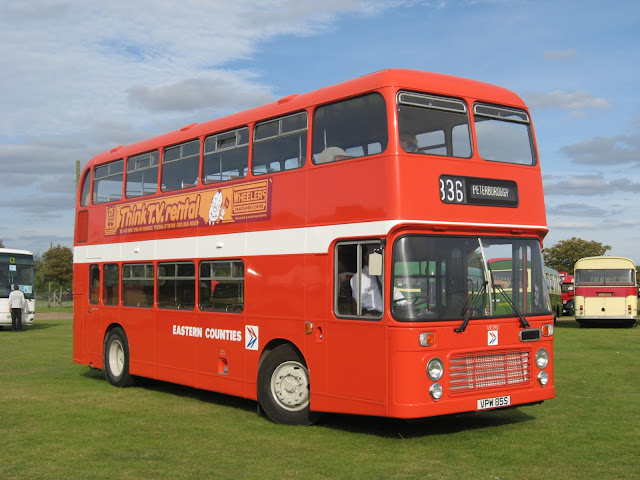 For blog readers, I am pleased to be able to exclusively reveal that on selected dates (to be confirmed) we will also be running privately owned former-Eastern Counties VR190 VPW85S as a relief bus. This 1977 Bristol VR has only recently been acquired by new owners, who are excited for it to carry passengers for the first time in over six years.

More information about the free bus rides can be found at www.awayadays.com

Many thanks to Sam Larke for putting the post together and supplying all the information.

Grahame.
Posted by Norfolkbus at 16:28