Been a while since we dipped into the photo collection, so i decided to go deep this time and found some shots taken in the very early days of the Digital camera. I visited Kings Lynn on a very cold and damp January in 2003 and returned with a very mixed bag of photos. 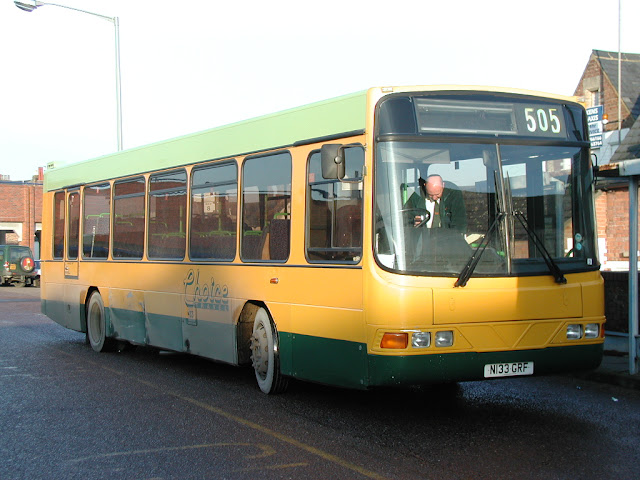 First up is Wright Urban Ranger bodied Mercedes OH1416 N133GRF which was on loan to Norfolk Green from Choice Travel, Willenhall, seen above operating the 505 service to Spalding. 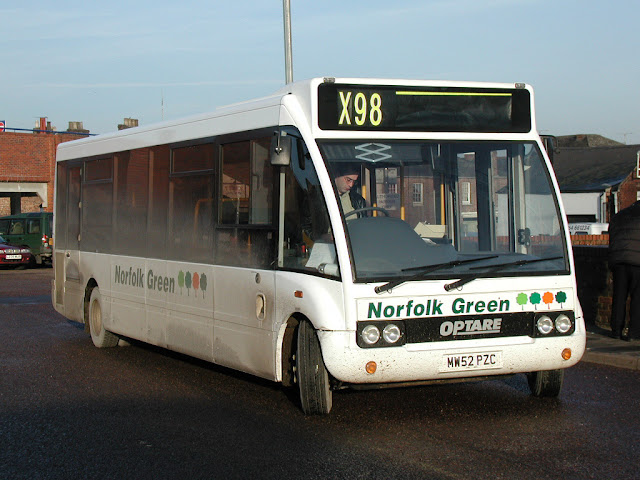 Next up is another loanee at the time, Optare Solo MW52PZC which came from Mistral Rentals, it was working the X98 service to Cromer and Sheringham. 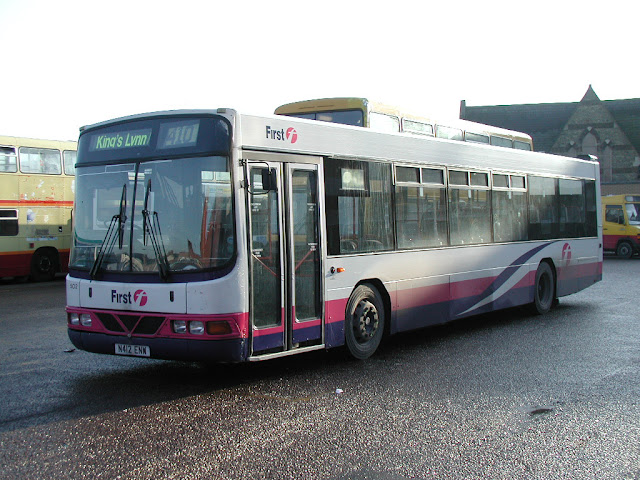 A new arrival with Eastern Counties was 502 N412ENW one of a pair of Scania L113CRL that came from First West Yorkshire, they only had a short stay with FEC before moving on within the group. 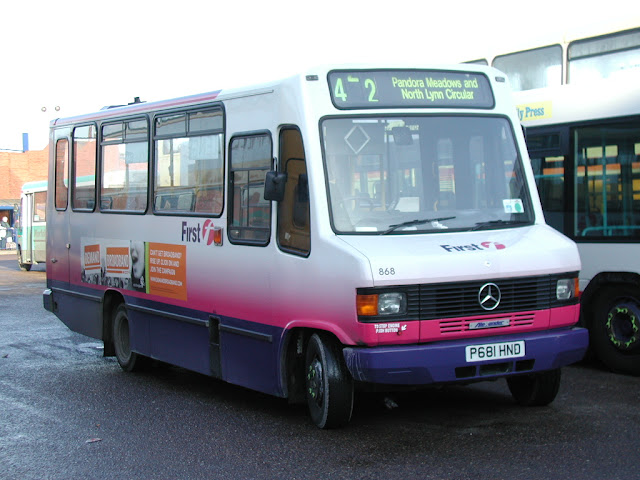 Eagle eyed readers may recognise the next vehicle above, it is former Flying Banana Mercedes P681HND which had moved up the A47 to Kings Lynn from Great Yarmouth, it carried fleet number 868 and was treated to the Barbie 2 livery prior to its move. 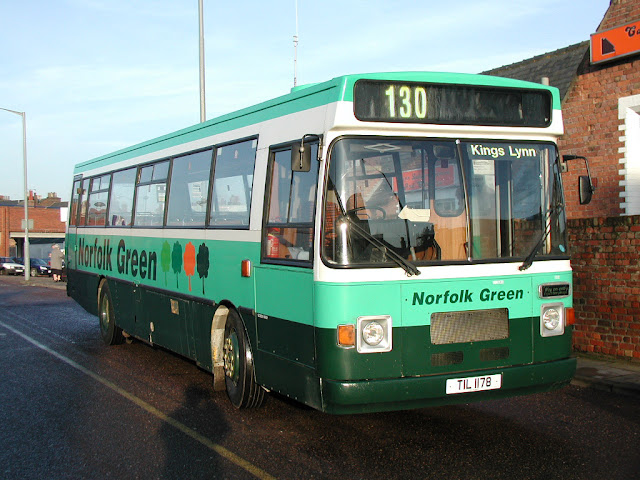 Finally another classic Norfolk Green vehicle, TIL1178 was a Leyland Tiger new to Burtons of Brixham as F279HOD, it stayed with Norfolk Green until 2006 before being purchased by Emblings of Guyhirn where it was refurbished and made and appearance at Showbus in 2007.

Grahame.
Posted by Norfolkbus at 11:17