Rail Replacement bus services were in place today whilst further engineering work takes places on the railway. We bring you photos of some of the coaches involved at both Lowestoft and Great Yarmouth Stations 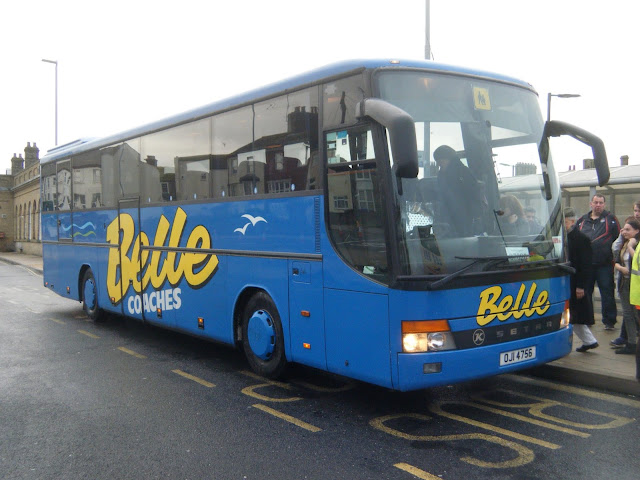 Regular contributor Simon Bartram was at Lowestoft and recorded Belle Coaches' Kassbohrer Setra 43 OJI4756 boarding for the 10:05 departure to Beccles and Ipswich 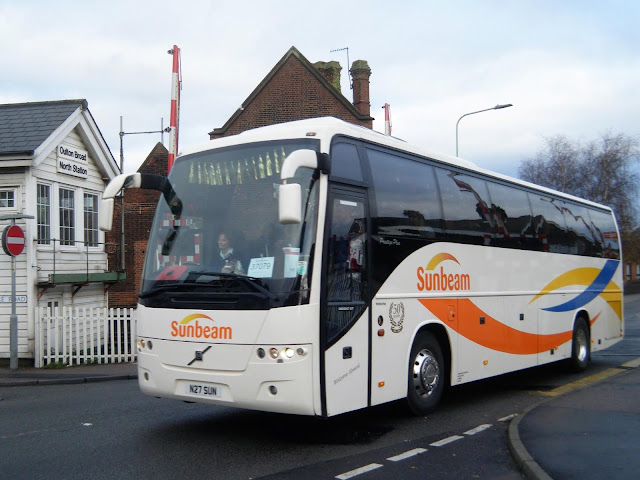 Also in use was Sunbeam Coaches Volvo M27SUN which was captured passing Oulton Broad North signalbox around 10 am with a service to Norwich. 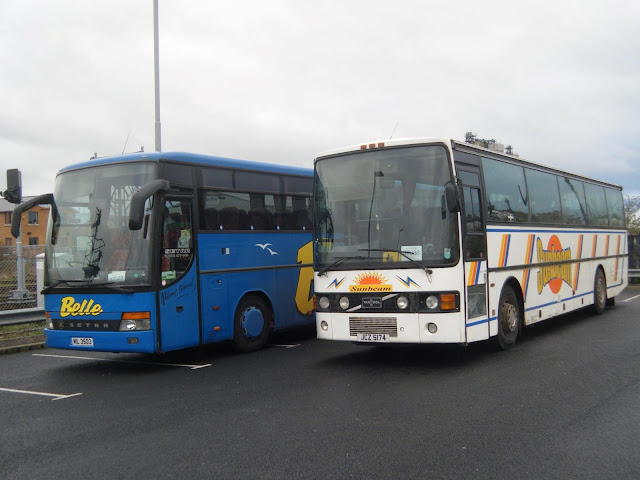 On standby at Lowestoft was Sunbeam's Volvo B10M / VanHool Alizee JCZ5174 and another Belle Coaches' Kassbohrer Setra in the shape of 37 MIL3503. 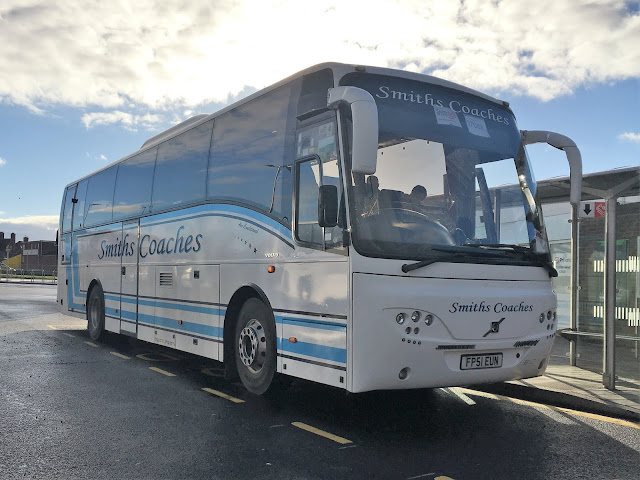 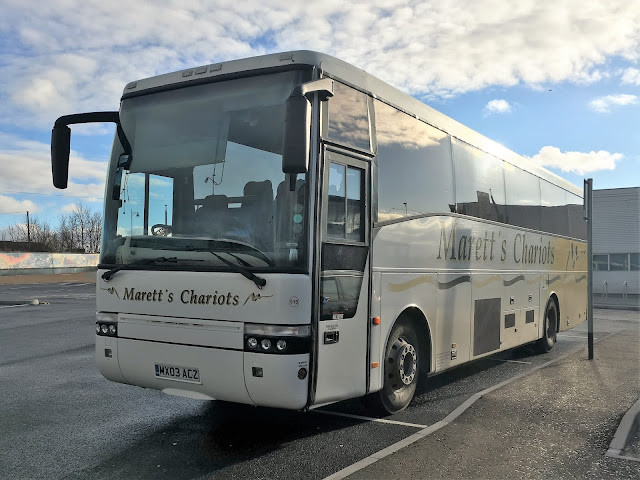 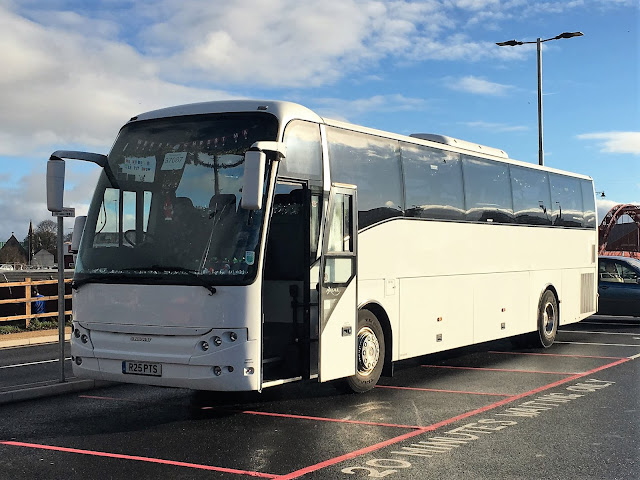 Roy
Posted by eastnorfolkbus at 15:32