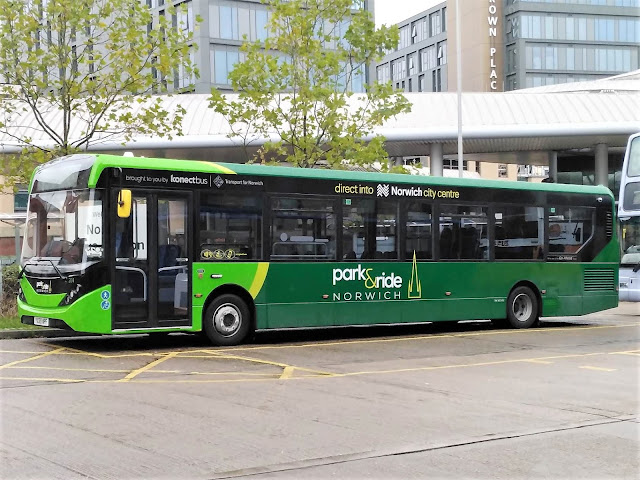 Earlier today the third of the trio YX69NPG was noted in Castle Meadow with 'City Centre 5' on the destination screen. However, it was not in public service - that is planned for Monday! 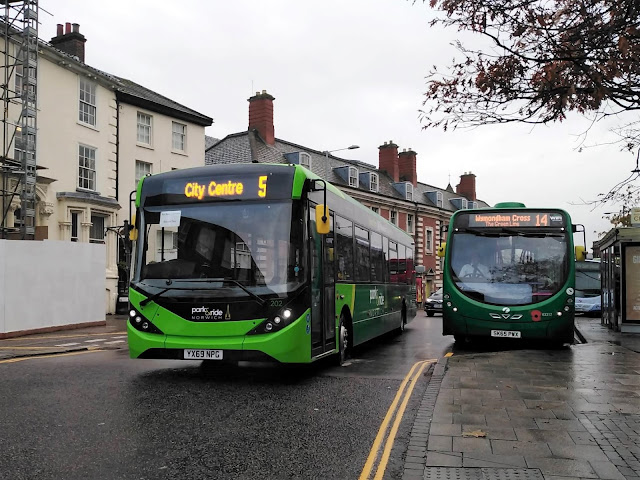 My thanks to Dan for both photos


Roy
Posted by eastnorfolkbus at 12:23