Following a points failure on the railway at Brundall, Greater Anglia were employing rail replacement this morning with the usual suspects providing the vehicles. 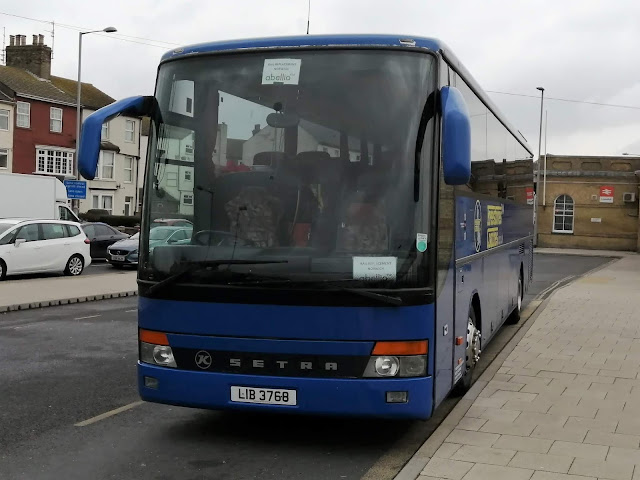 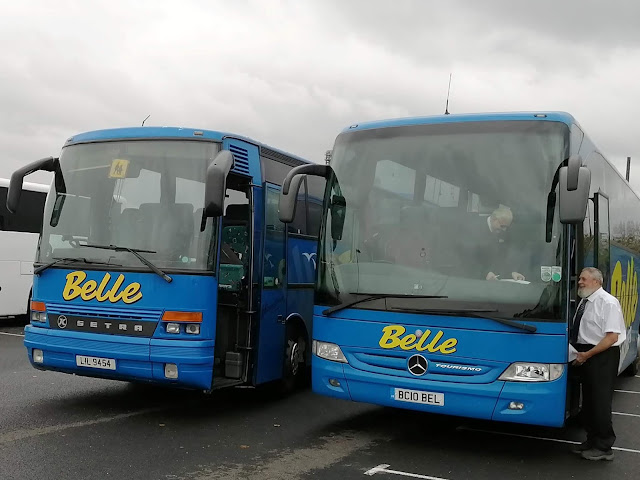 Two of Belle Coaches vehicles were on standby in the nearby car park. They were Kassbohrer Setra LIL9454 and Mercedes Benz Tourismo BC10BEL. 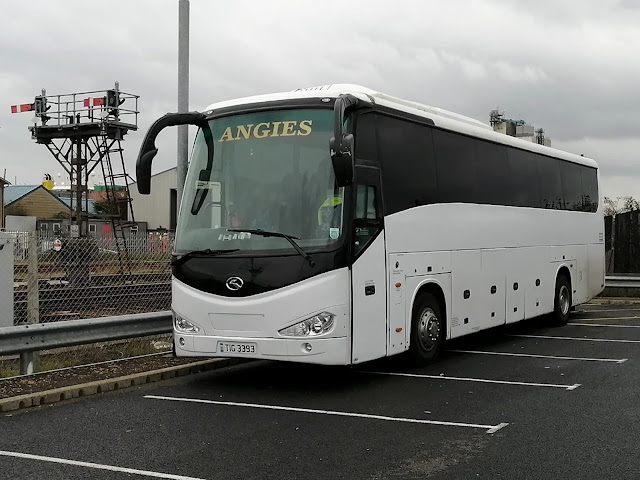 Also available, if needed, was Angie's Tours' King Long TIG3393, formerly registered as BX59KWR. Note the signals at the end of the platform which are due to disappear soon when the new signalling scheme comes into use.

My thanks to Tim for the photos

Roy
Posted by eastnorfolkbus at 11:11