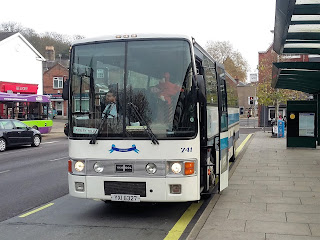 Ipswich Transport Museum held their Bus Day yesterday and regular contributor Reg Vardy has sent along some photos of the day. The event attracted both modern and classic vehicles and was well attended.

There can be no doubt that he travelled along to the event via the Happisburgh Touring Society Preservation Group's Volvo B10M/Van Hool YXI 6327 which is seen here at the Tower Ramparts Bus Station in the Suffolk town.

One of the stars of the event was the Museum's Dennis Ace DVF519 dating from the early 1940s. Whilst there was an issue with it first thing the Ace managed some runs in the afternoon which were well received. Understandably there were a few comments about driver Owen Phillip's right arm! 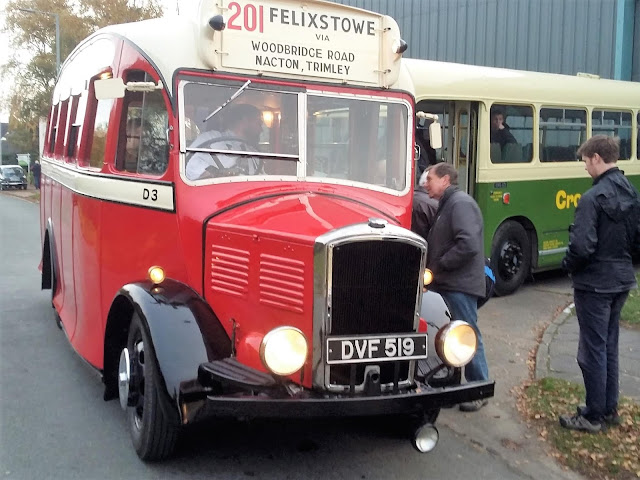 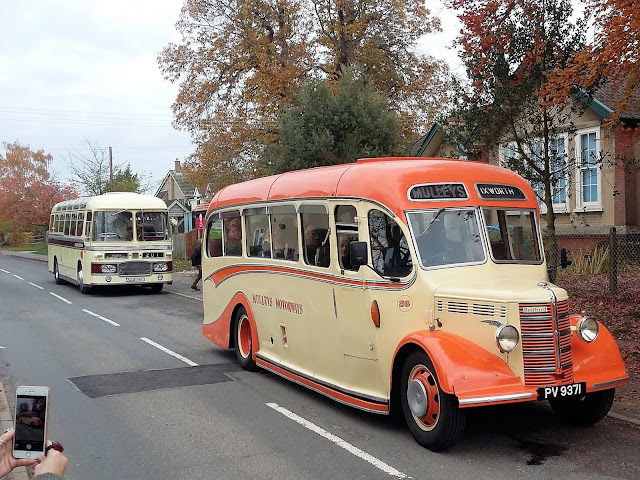 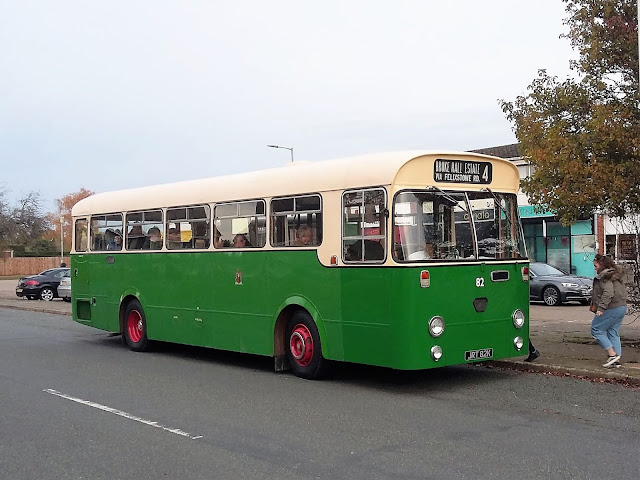 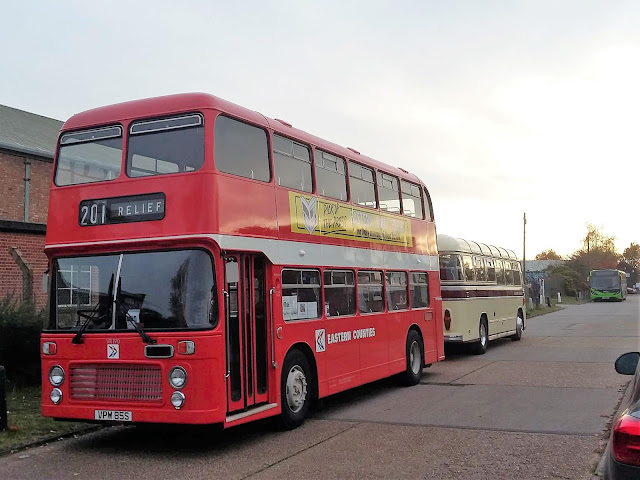 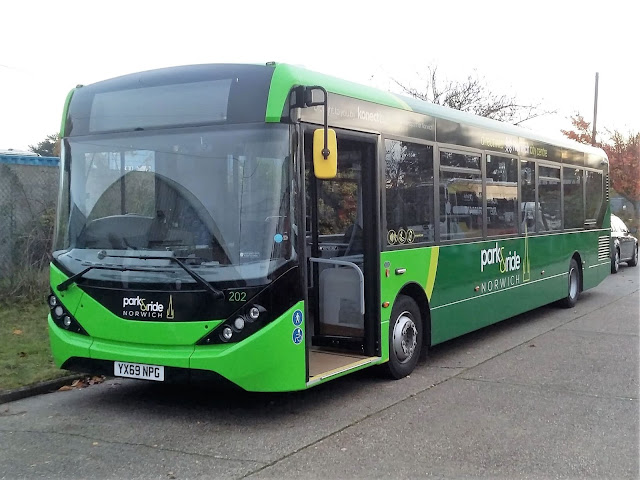 It was good to see local operators supporting the event with Dan's Coach Travel, Beestons and Konectbus having a presence with the latter providing one of the new Norwich Park & Ride Enviro 200MMCs in the shape of  202 YX69NPG

My thanks to Reg for the photos

Roy
Posted by eastnorfolkbus at 12:02