No its nothing to do with football! It's a report on Joe Thorpe's trip around Norfolk and Suffolk on Saturday to effect some of First's bus transfers within the two counties - which apparently went very well. 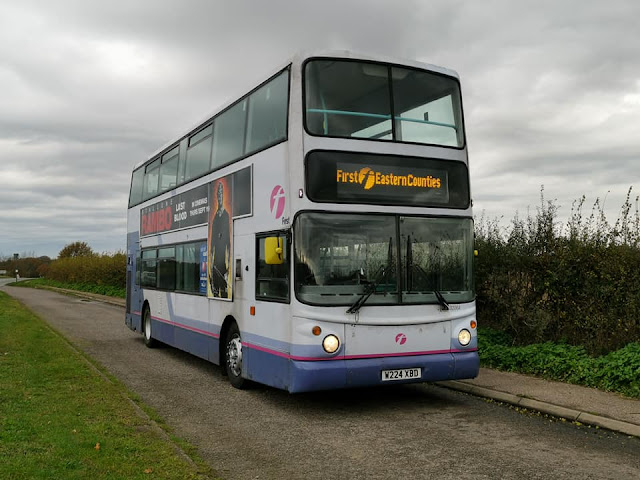 Joe's first leg involved the return of Volvo B7TL/ALX400 32064 W224XBD from Ipswich to Great Yarmouth following a brief spell with First Essex. Whilst in Ipswich it underwent some refurbishment including some nice shiny wheels! 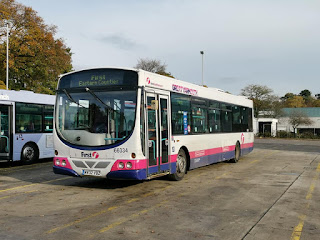 The second part involved the transfer of First Great Yarmouth's only active Volvo B7L/Wright Eclipse 66334 MV02VBZ to Norwich. The saloon is well known for its many withdrawls and returns to service whilst allocated to Caister Road

The final journey was the return of ex First Ipswich Volvo B7RLE/Wright Eclipse Urban 66957 WX55TZU to the Suffolk town. It had only spent just the week in Norwich.

My thanks to Joe for the information and photos 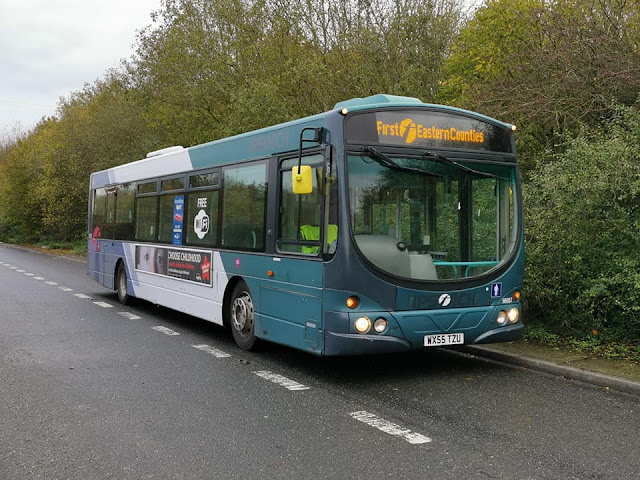 Roy
Posted by eastnorfolkbus at 22:26