Appearing on the Sanders Bus Enthusiasts Facebook Group earlier today was news of their latest arrival. 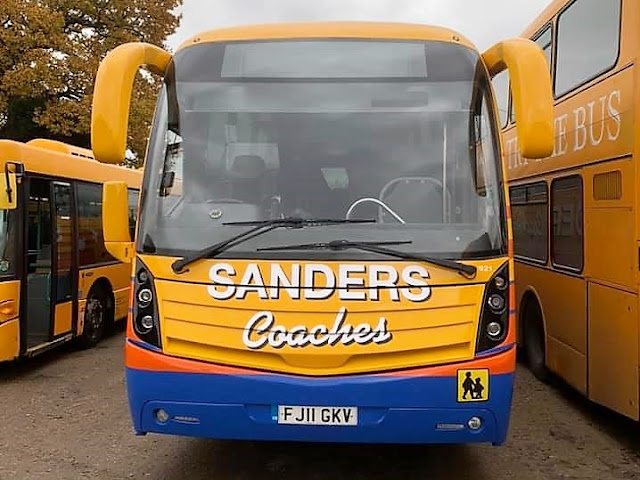 The operator has acquired Caetano Levante bodied Volvo B9R FJ11GKV and it looks smart its new Sanders colours. The coach, which has fleet number 921, was new to Flights Hallmark in June 2011 and carried the usual National Express livery. 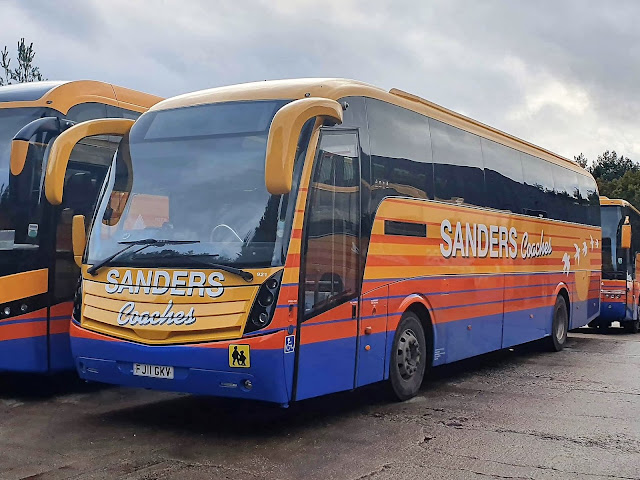 A subsequent photo has been supplied by Jack Farrow which also provides a side view of the vehicle. Recently repainted, from the company's mainly blue Coasthopper livery, is Volvo B7RLE/ Wright Eclipse 510 HF54HGE. It was latterly with Go South Coast and delivered new to Wilts and Dorset in November 2004.

Roy
Posted by eastnorfolkbus at 17:12