Regular blog readers may remember the post of the 29th October last regarding a former BorderBus Plaxton President in the grounds of Beccles Primary Academy in Worlingham (BorderBus Decker Passes to Academy). 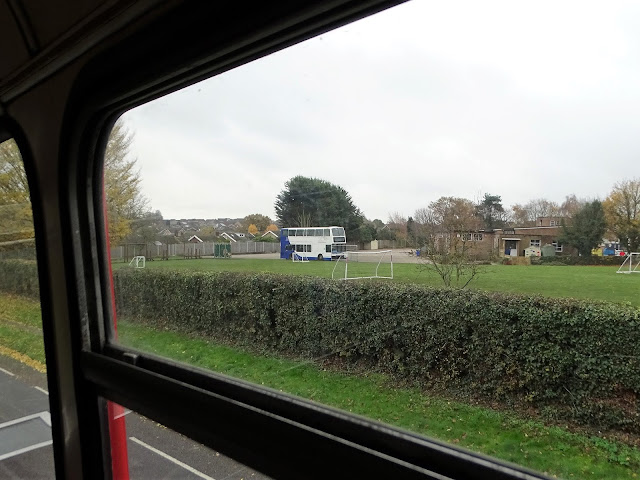 In that post Laine Tisdall said that on his daily commute to Norwich he noticed the bus from the upper deck of a double decker. 'Reg Vardy' had the same view when the bus he was travelling on passed the site. Fortunately preserved former Eastern Counties Bristol VR190 VPW85S stopped opposite the site at Worlingham to enable these photos to be taken of X647LLX. 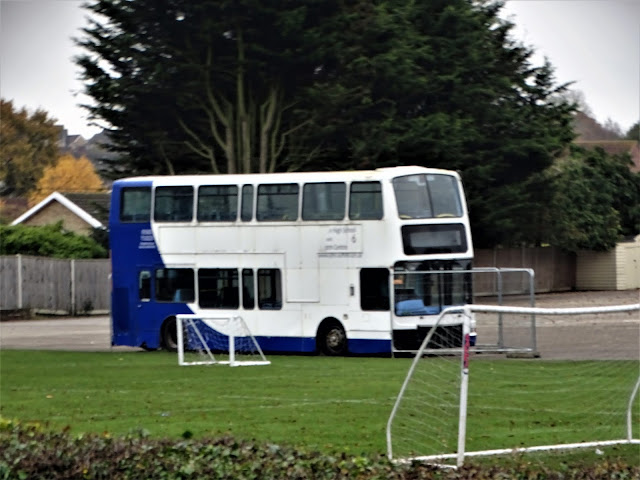 My thanks to Reg for the photos.

Roy
Posted by eastnorfolkbus at 12:21