It has been some time since I used this heading (late May in fact) where I usually look around the holiday area of Great Yarmouth to see what coaches are about on their short breaks. A three week holiday, hospital stays and the notorious Southtown Road roadworks have all conspired to temporarily put a brief stop to this activity! 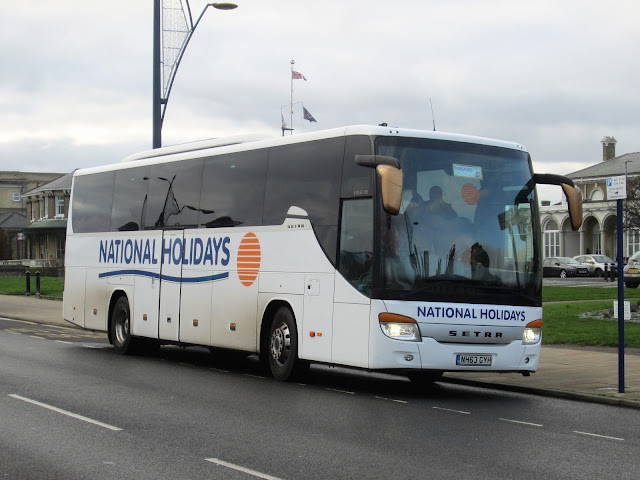 Anyway we are now back in the saddle, although there is little to report this time as my departure was a little later than normal but still National Holidays and Shearings vehicles feature. Whilst the former's Kassbohrer Setra NH63GYH was parked up on Marine Parade, the stayers were in accommodation at Princes Road nearer to the Coach Station! Not sure why it was there - perhaps a more secure location. 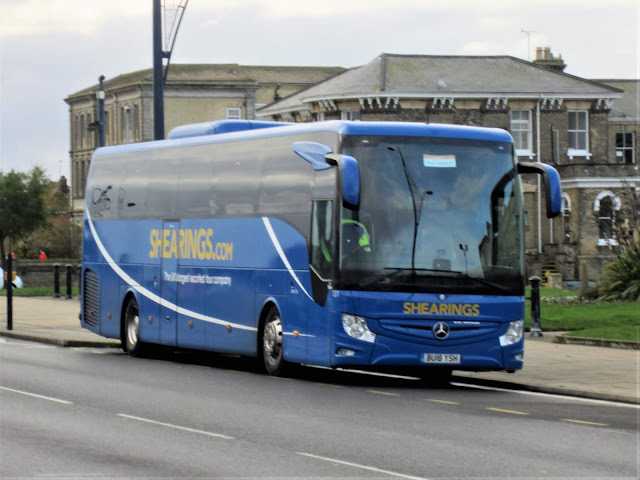 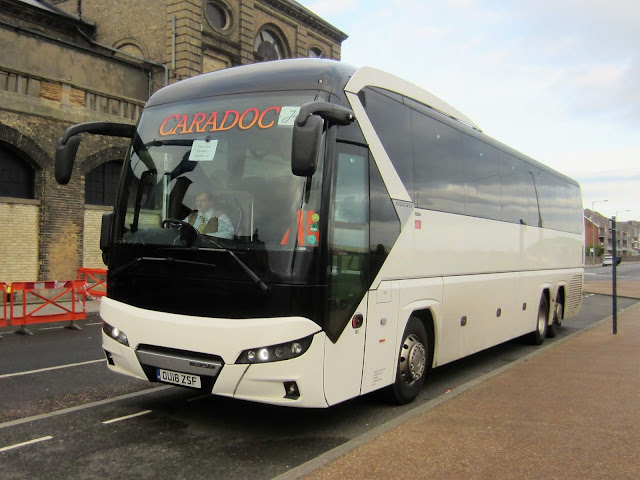 The only other visitor to report was Caradoc Coaches Neoplan Tourliner OU18ZSF which was sited close to Britannia Pier on North Drive.

Roy
Posted by eastnorfolkbus at 12:08