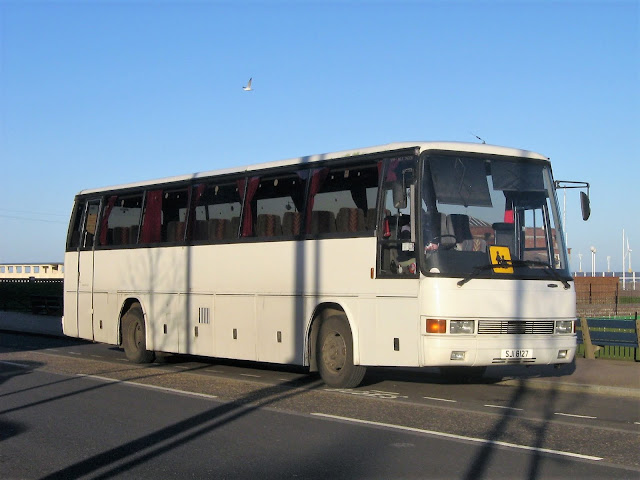 We begin on the 6th of the month at North Drive in Great Yarmouth where we see AMZA Travel's SJI 8127, a Caetano Algarve bodied Dennis Javelin. The business, including vehicles, was later acquired by Swift's Taxis of Great Yarmouth and the registration passed on to a Neoplan Transliner bodied Javelin which became the last full sized vehicle operated by Swift. 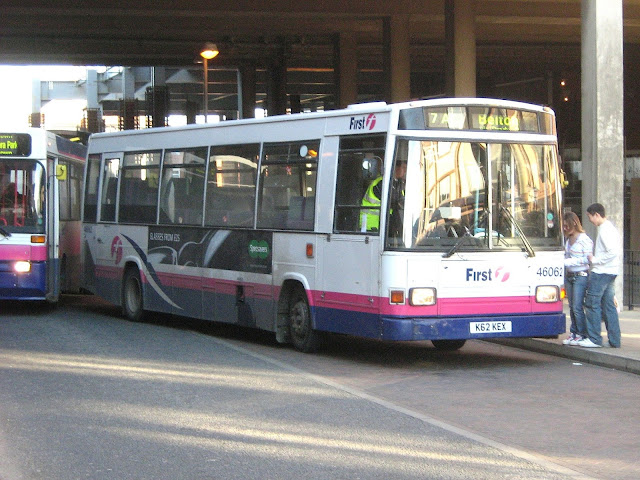 Two days later and we are at Market Gates witnessing the use of First Eastern Counties Dennis Dart 46062 K62 KEX on a Belton service. The bus was the last one to be ordered by Great Yarmouth Transport and is now with the East Anglia Transport Museum who acquired the vehicle from First following withdrawal in 2009. 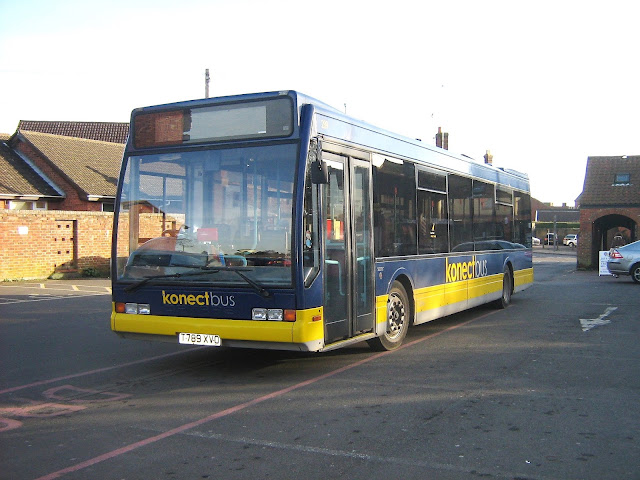 We move to Dereham on the 9th where Konectbus Optare Excel T789 XVO is seen at rest. It was new to Trent in August 1999 and later left Konect to join the Headingham fleet. 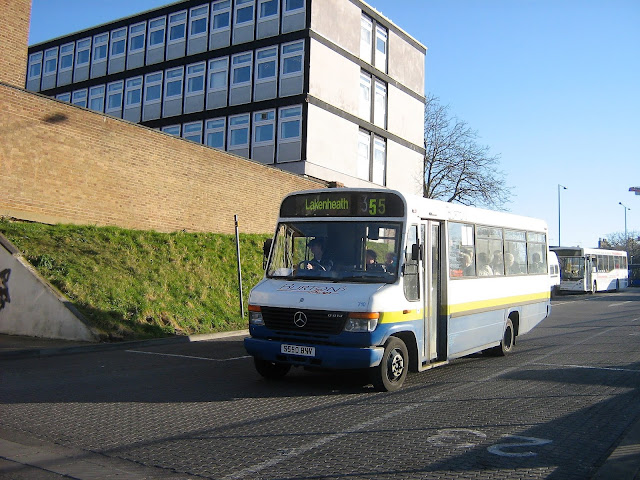 Our final location is Bury St Edmunds on the 16th where Burtons of Haverhill's Mercedes Benz Vario S550 BNV is seen leaving the bus station for Lakenheath. It was new to Meteor Parking in February 1999 and later, in 2008, it became an internal airside bus at Stansted Airport.
Roy
Posted by eastnorfolkbus at 12:31