Again Friday Flashback returns to March 2008 with most of the photos taken in the Suffolk town of Ipswich on the 21st of the month. 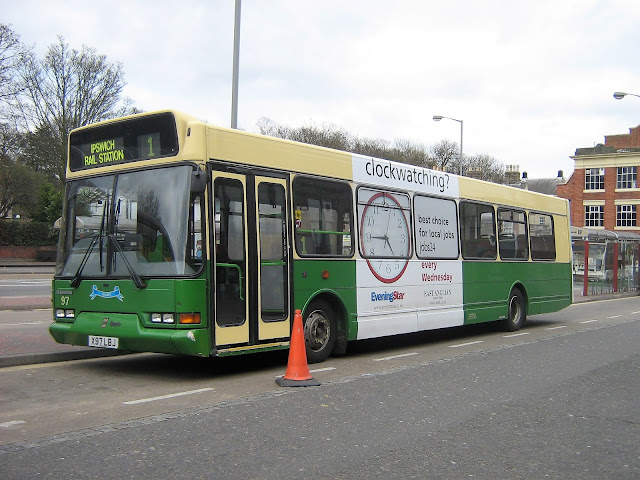 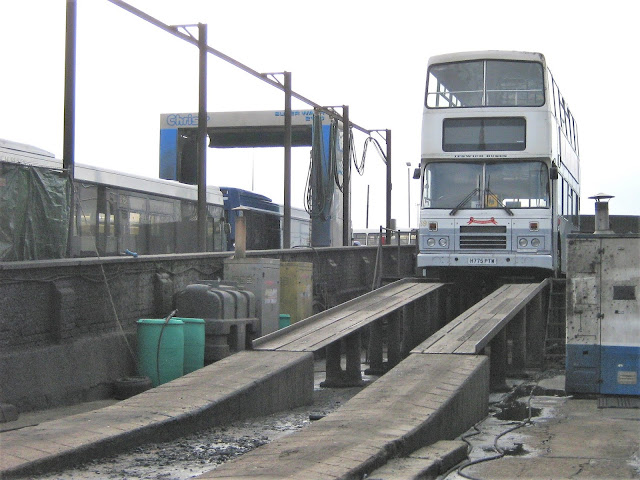 Next we make our way to Constantine Road depot where we find Leyland Olympian 39 H775 PTW on the ramp. Previously Dublin Bus RH28 (90D1028), it moved to Ipswich in April 2003 where it was a number acquired from the operator which were almost exclusively used on schools services. After a brief stint in private ownership it moved to Mulleys in early 2012 and the Classic Irish Buses website records that it had left there by September 2015 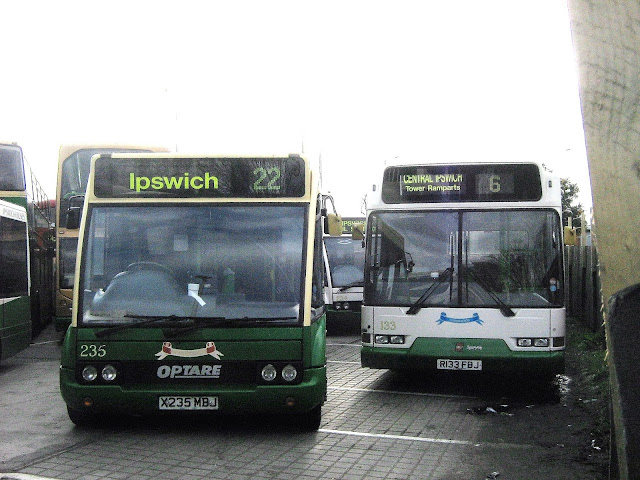 Also in the yard that day was Optare Solo 235 X235 MBJ and Dennis Dart SLF/ East Lancs Spryte 133 R133 FBJ. The former was previously with Yorkshire Tiger whilst the latter was new to Ipswich in April 1998 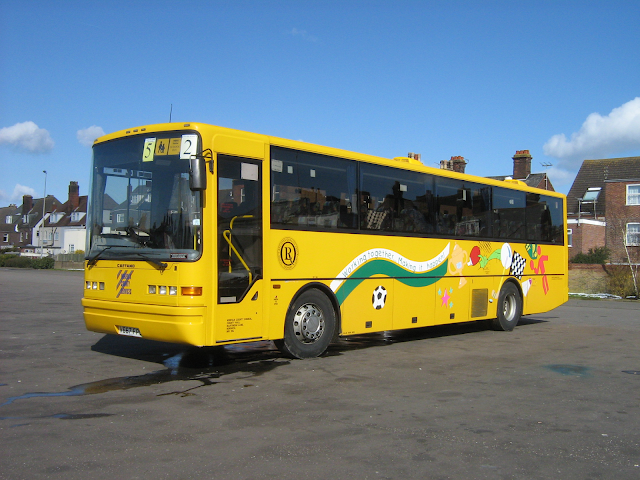 Our final photo is of Norfolk County Council Services' Caetano bodied Dennis Javelin V667 FPO at Great Yarmouth's Beach Coach Station on the 25th. It subsequently moved north of the border to Bradley Contracts of Barrhead in East Renfrewshire

Roy
Posted by eastnorfolkbus at 12:20