As you may have read earlier, two ADL Enviro 200's transferred to Norwich from Ipswich during the weekend and they were already in service at the former this morning 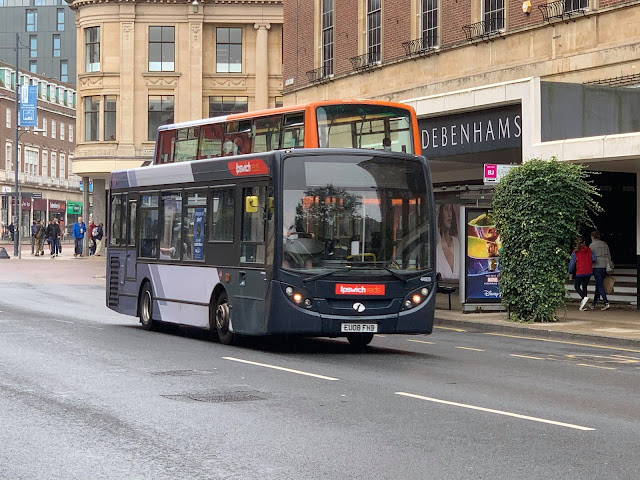 44928 EU08 FHB is seen in Red Lion Street in the city centre and still retains its 'Ipswich reds' branding. 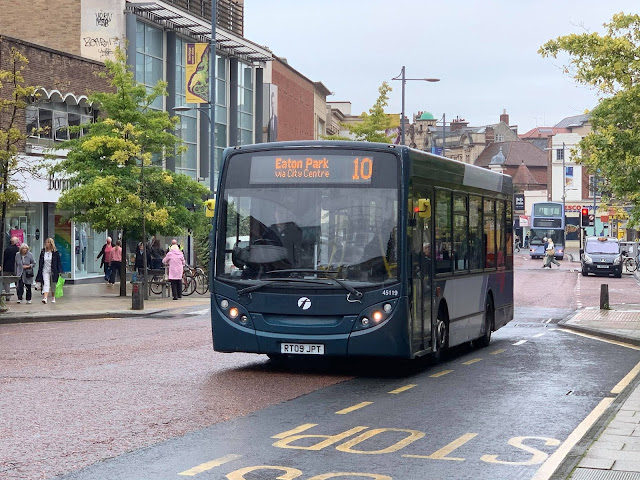 The other, 45119 RT09 JPT, is observed in St Stephen's Street on the 10 to Eaton Park. It is thought that the twosome have replaced similar 44908/9 YX09 AFV/Y on the route following their return to Basildon off loan

My thanks to LiamS for the photos. Was it only eight years ago that these two were at Caister Road for a refurb/repaint following their acquisition? How time flies!

Roy
Posted by eastnorfolkbus at 11:37