Lowestoft, Great Yarmouth and Norwich feature as the locations for this week's Friday Flashback photos from January 2008 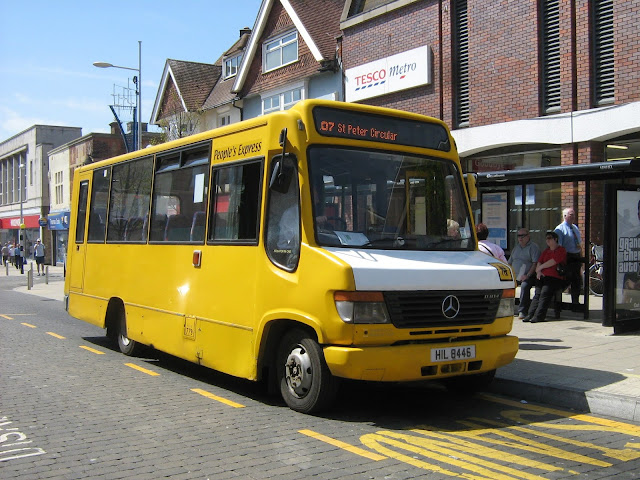 Into Suffolk then for our first picture which shows Waylands Minibus 'Peoples Express' in the form of Mercedes Benz Vario O814D P114 HCH. It was new to Midland Fox in June 1997 and it subsequently moved on to Pete's Travel trading as Peoples Express and hence the branding. That business was eventually sold to the Go Ahead Group in March 2006. 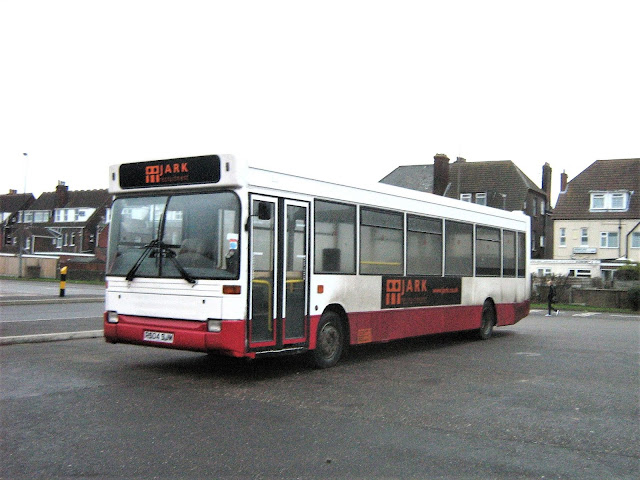 The second photo is of a Non PSV Operator's vehicle at Great Yarmouth's Beach Coach Station on 28th January. R504 SJM (not SJW as previously reported) was owned by Jark plc the recruitment specialists at the time. Unfortunately I am unable to find any further information.about the vehicle on internet although two correspondents subsequently have following the correct vehicle identity - see Comments below 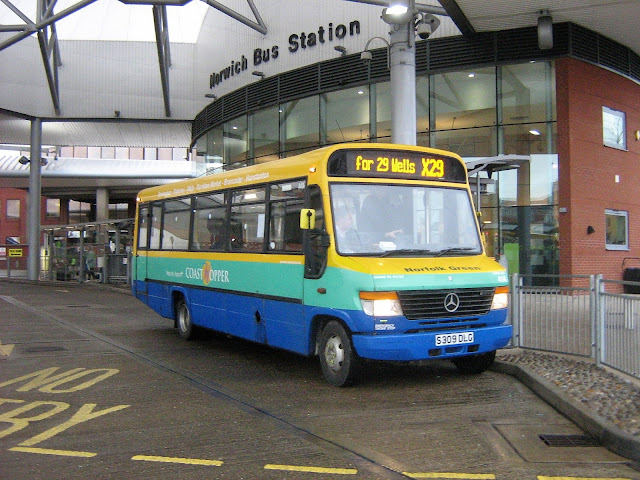 Norfolk Green's S309 DLG is the subject of our next photo on the 15th of the month. The Mercedes Vario O814D Plaxton Beaver was new to Davidsons Buses of Bathgate, West Lothian in October 1998 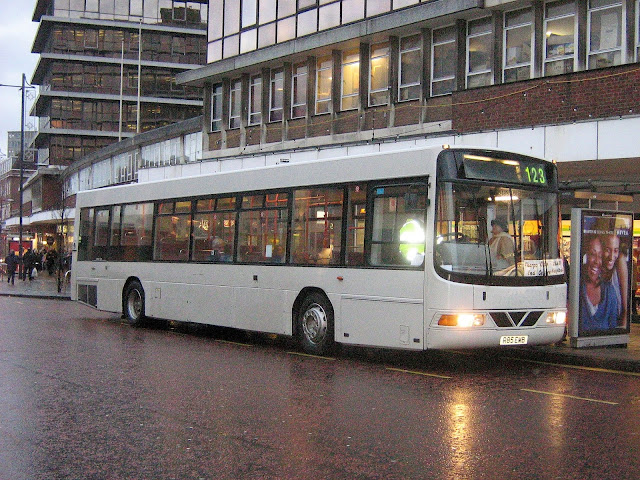 The same day Anglians' Scania R85 EMB was observed in St Stephen's Street in Norwich in all over white. New to Chester in December 1997, the bus found further use with Mulleys of Ixworth as MUI 7924 in October 2011
Roy
Posted by eastnorfolkbus at 08:11