This week's Friday Flashback returns to March 2008 with most of the photos taken in the fine city that is Norwich! 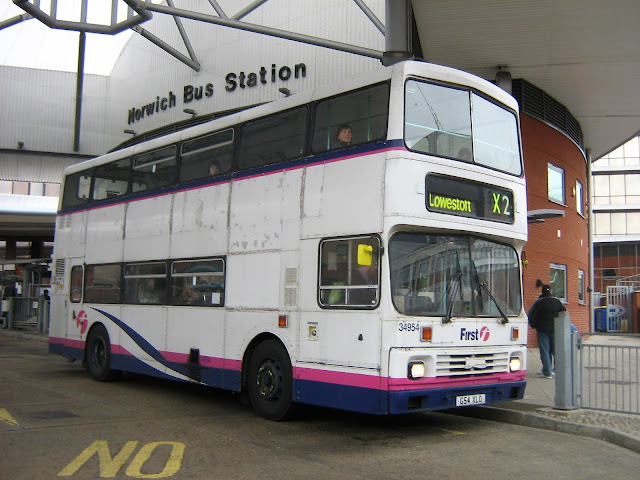 The location for the first two subjects is Norwich Bus Station on the 11th with the first showing Leyland Olympian 34954 G54 XLO waiting time for its departure to Lowestoft on the X2. The Alexander RH bodied decker was previously with CentreWest and left First Eastern Counties for its final trip to PVS of Barnsley for scrapping. 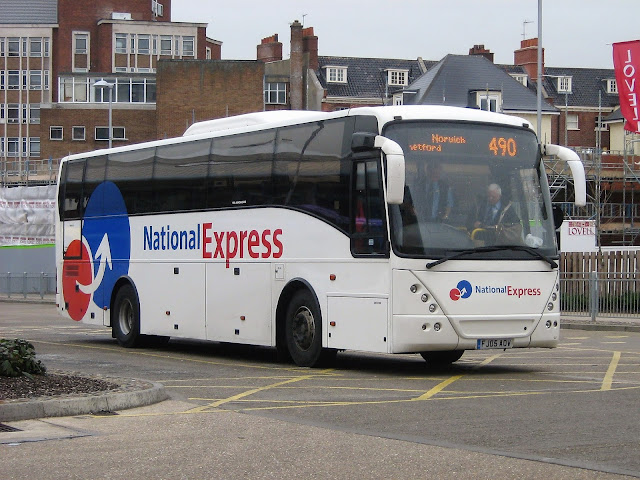 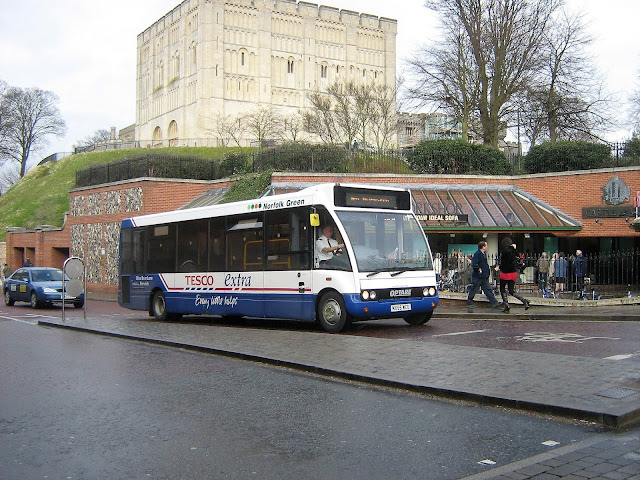 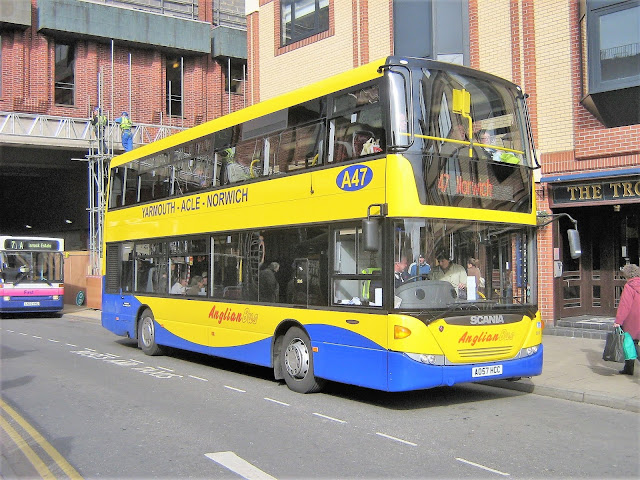 The final photo is of AnglianBus Scania Omnicity AO57 HCC at Great Yarmouth's Market Gates on the 19th with the short lived A47 Yarmouth-Acle-Norwich service. The bus is also no longer with us having been written off in a head on collision with a car at Watton.