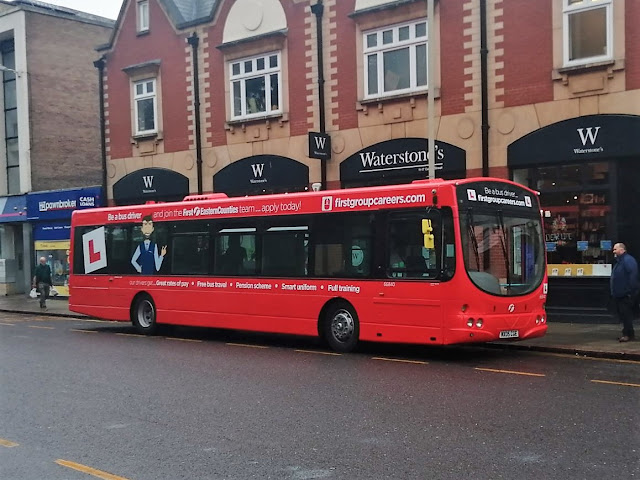 We begin with a photo of Wright Eclipse bodied Volvo B7RLE MX05 CGE in Castle Meadow. Originally with First Leicester, 66840 has recently been converted into use as a driver trainer. 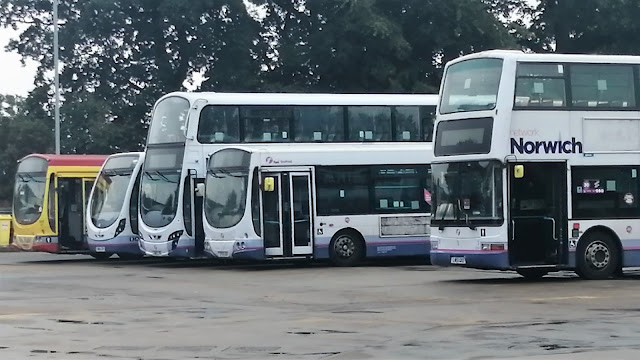 At Roundtree Way there was a wide selection of buses on site including two former First Sheffield examples, one of which was Mainline liveried SF55 UAK 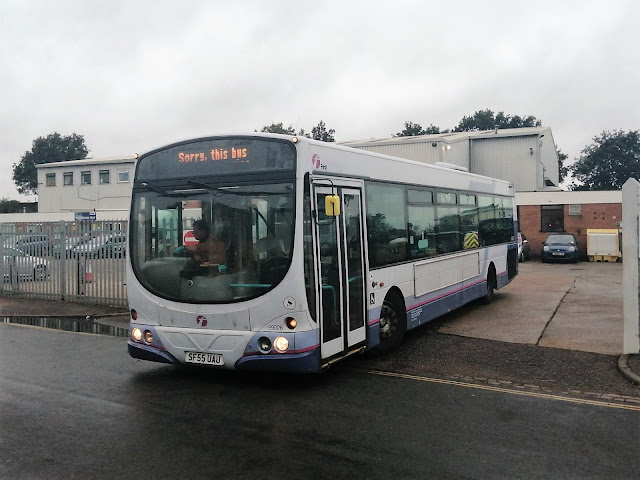 Fortunately the camera also caught another recent newcomer Wright Eclipse bodied Volvo B7RLE  69026 SF05 UAU leaving the yard with an engineer onboard
My thanks to Ashleybus444 for the photos
Roy
Posted by eastnorfolkbus at 21:54