Wet Sunday In The City

Reg Vardy enjoyed some 'wet time' in Norwich yesterday and took a few photos whilst there. His first one is that of Completely Coach Travel's Mercedes-Benz Citaro O530G BX04 MXK 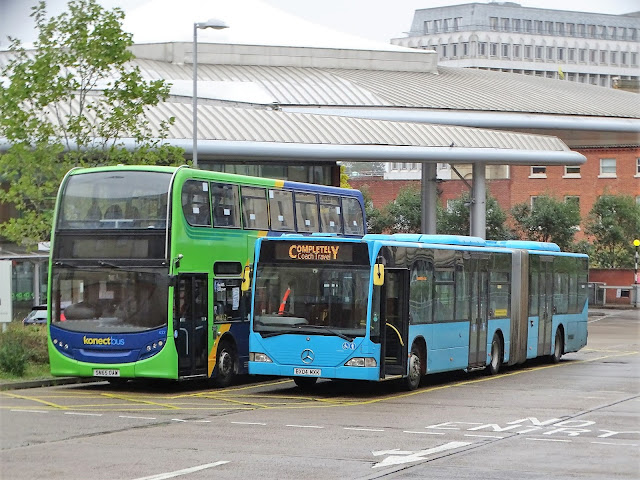 It is pictured at the the bus station laying over before its next duty and reminded him of another bendy bus which visited the old Surrey St Bus Station. The photo he sent wasn't the one I expected to see! It was another Mercedes in the shape of the 1992 O405G /Alexander CityRanger K1 GRT. In 1995 it did the rounds with many Grampian owned companies. Originally built for Aberdeen it was also used in Leicester, Northampton, Norwich and Ipswich. It is now in the First Heritage collection in Aberdeen. 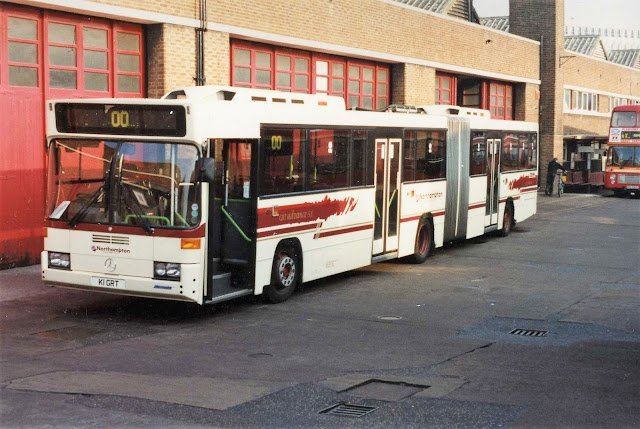 His next port of call was the rail station with rail replacement buses in use instead of trains between Norwich and Ipswich. The first shows Wright Coaches former London United Scania OmniCity Y70 PTS (in fact both of the operator's Scania deckers were in use) alongside Felixstowe Travel's MCV eVoRa Volvo B8RLE M20 FXO 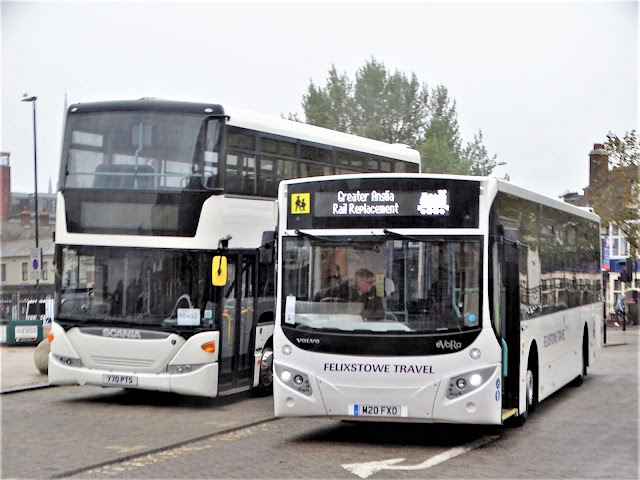 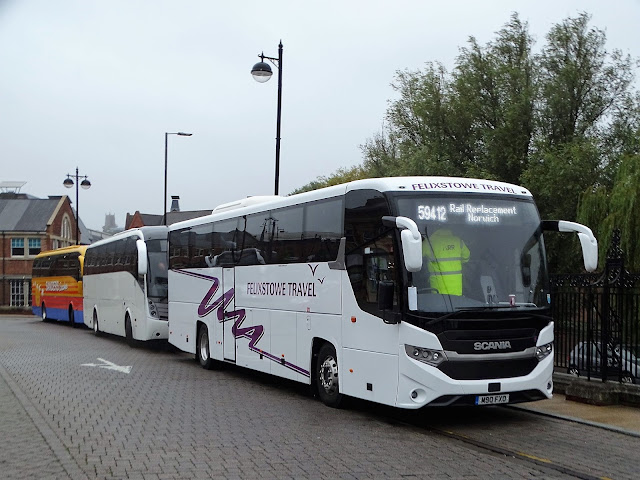 My thanks to Reg for the photos.
Roy
Posted by eastnorfolkbus at 10:58