After spending a few days in the rear yard at First’s Caister Road site, KX05 MHV has subsequently transferred to Norwich. 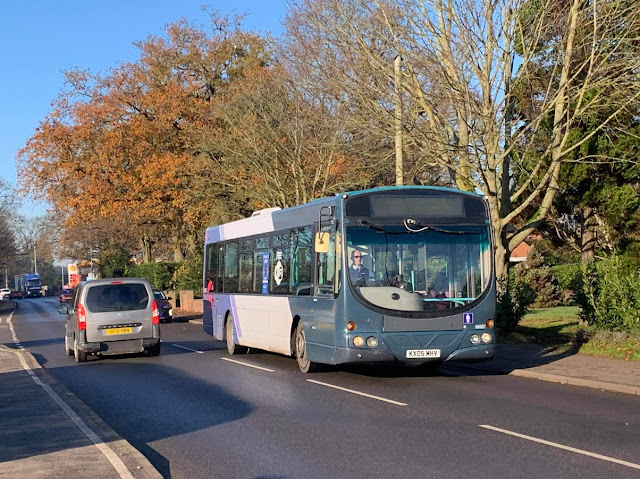 Having had its First Ipswich branding removed, it was seen by LiamS leaving Taverham on the 29 route to the city centre this morning. 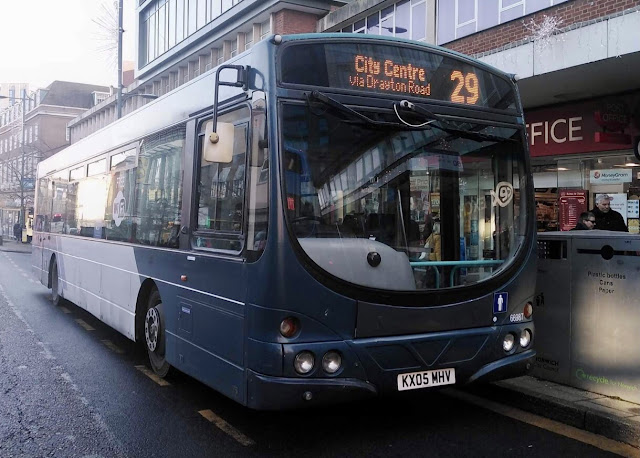 Dan High travelled on it to the city and got a photo of it on arrival in St Stephen’s Street.

My thanks to both Liam and Dan for their photos