This week we turn the clock back to exactly twelve years ago to view movements in Great Yarmouth during December 2008. 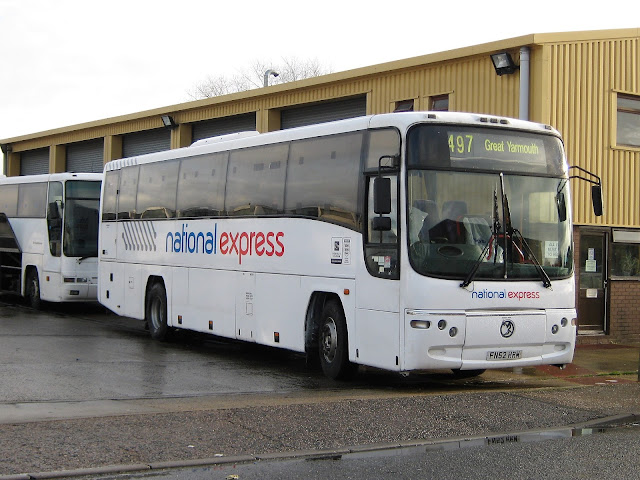 Our first view is of a visit to Ambassador Travel's premises at James Watt Close on Gapton Hall Estate on the 4th of December. FN52 HRM is at rest after presumably returning to the town on the 497 service. New to the operator in November 2002, the Volvo B12M was later re registered KIG 1857. However, after being acquired by Isle of Wight business ALS Travel, it made a return trip to the town in May 2018 with its new owner. 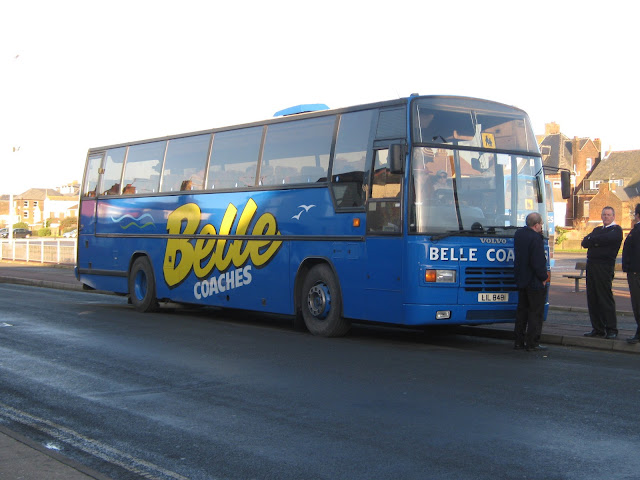 On the 17th the scene changes to Nelson Road North next to the town's Beach Coach Station and awaiting its next duty is Belle Coaches' Plaxton Paramount bodied Volvo B10M LIL 8481. It was new to Dodsworth of Boroughbridge as G720 NWY in April 1990. 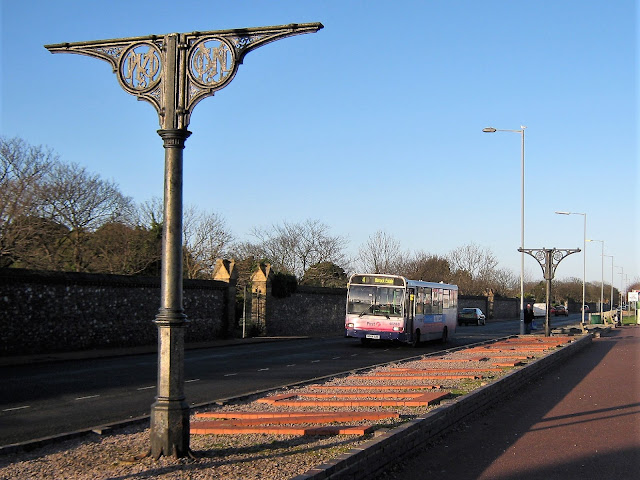 On the same day First Eastern Counties Dennis Dart 40288 M944 SRE was passing the M&GN spandrels at the Beach Coach Station. As many of you will know the coach station is on the site of the former Midland & Great Northern Railway station of Yarmouth Beach. 40288 was new to Pennine Blue in August 1994 and then became part of the First Manchester fleet. It was subsequently taken out of service by First during Spring 2009. 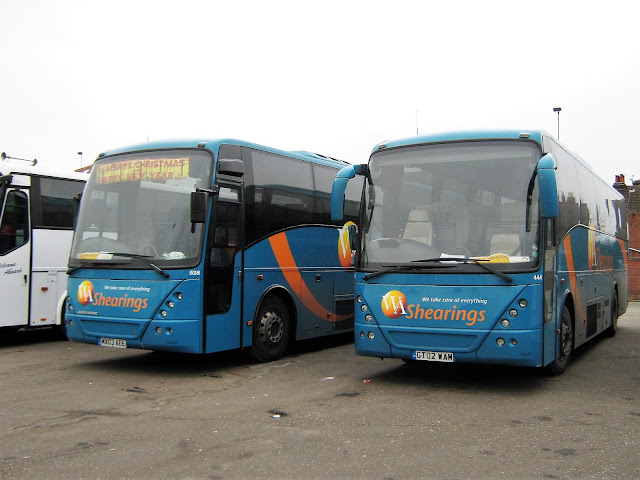 Our final photo shows a couple of Shearings Holidays coaches at Beach Coach Station on the last day of the year. The coaches featured are Volvo B12M/ Jonckheere Minstral MX03 AEE and GT02 WAM. The former later saw use with Sherwood Travel of Immingham whilst the latter moved on to Haytons of Manchester and Kings Norton Coaches of Birmingham.
There will be no Friday Flashback next week as it will be Christmas Day and I think I am due a day off!!
Roy
Posted by eastnorfolkbus at 10:02