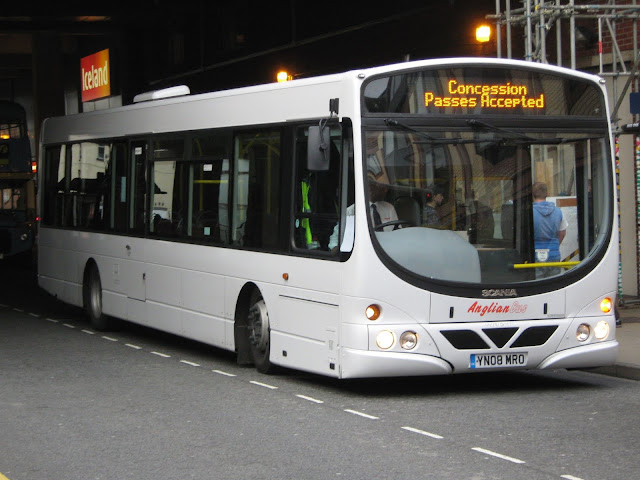 The first depicts the visit of Anglian Buses Scania K230UB/Wright YN08 MRO to Market Gates on the 6th. It was on trial with the Beccles based operator and also operated with First Leeds and Bradford prior to moving to Centrebus for use in Yorkshire and Derbyshire. I believe it was also used by Coach Services of Thetford at one point. 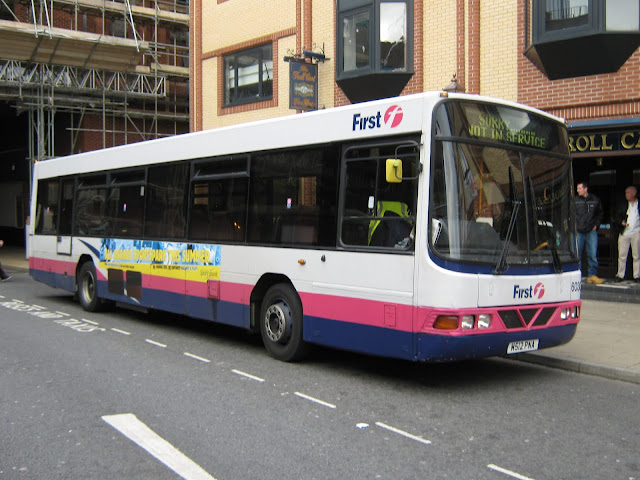 The remaining photos are from the First Eastern Counties fleet with the our next picture featuring 60307 M512 PNA at Market Gates on the same day. The Wright bodied Volvo B10B-58 was new to Greater Manchester North in February 1995 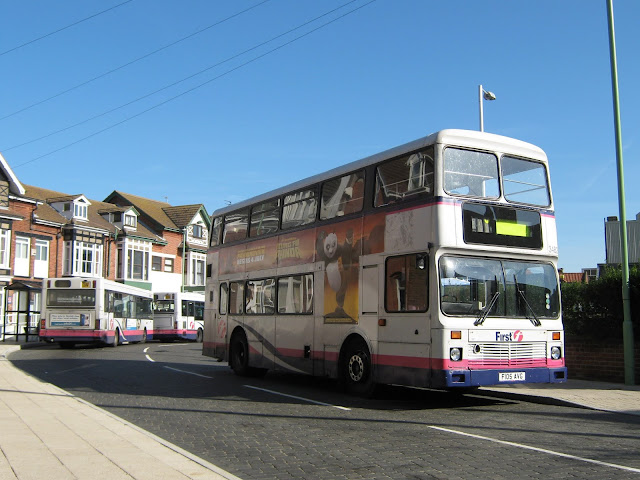 Our next location is Gordon Road in Lowestoft near the bus station where Leyland Olympian 34825 F105 AVG is noted. It was one of a batch of five purchased new by Counties in April 1989 and received the DD prefix. The first three were painted in the mainly red bus livery whilst the other two (including F105) carried a mainly cream livery with orange and red stripes and fitted with high backed coach style seating. One of its regular duties was operating the Peterborough-King’s Lynn-Norwich/Great Yarmouth limited stop service 794 the forerunner of what became the Excel branded service. 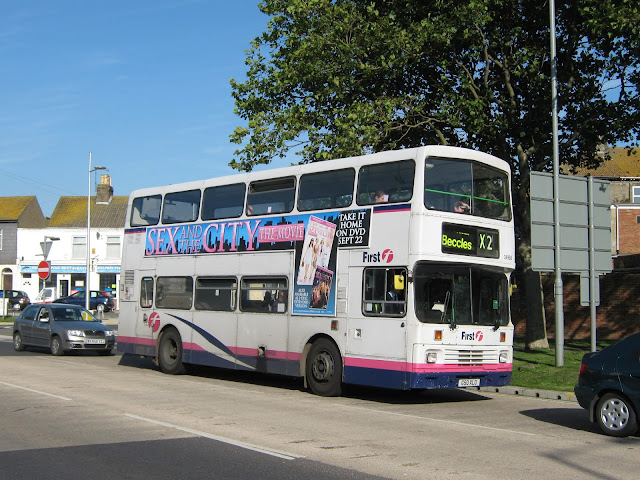 Another Olympian was heading for Beccles that same day in the form of 34950 G50 XLO. This Alexander bodied version was new to London Buslines in August 1989. After transfer to Centrewest in 1989 it was acquired by First Eastern Counties in May1999. It lasted until 2010 and after being cannibalised at Kings Lynn it passed to Erith Commercials for scrap 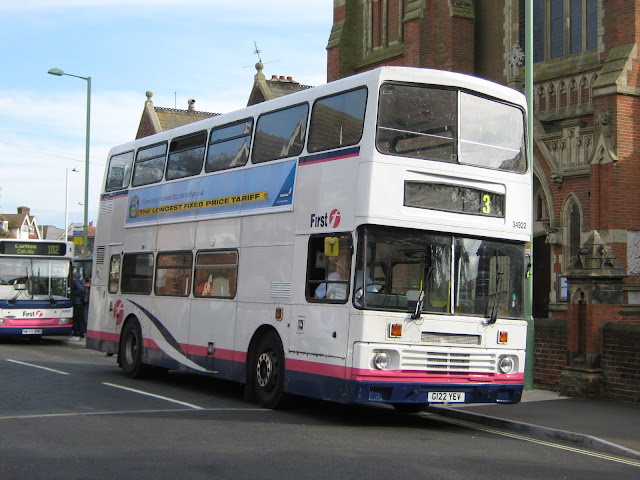 Another Leyland Olympian seen on Gordon Road on the 14th was 34922 G122YEV which was new to Ensignbus in September 1989. After a stint with Capital Citybus it moved on to First Eastern Counties in May 1999 and was similarly scrapped by Erith Commercials
Roy
Posted by eastnorfolkbus at 14:12