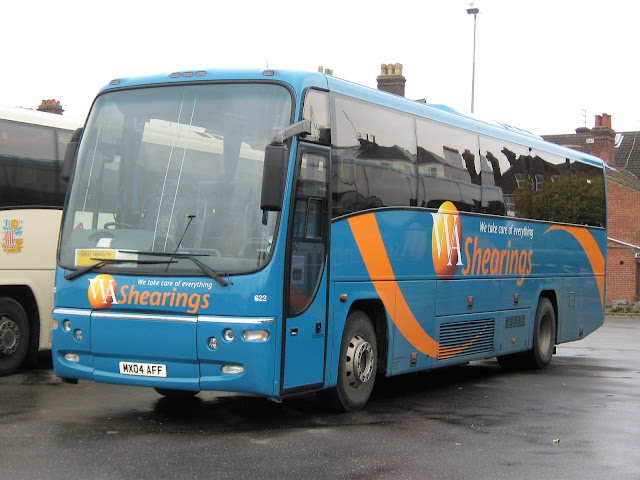 We start with a photo of Shearings Holidays Volvo B12M/ Plaxton Panther 622 MX04 AFF at the town's Beach Coach Station on the 6th November. 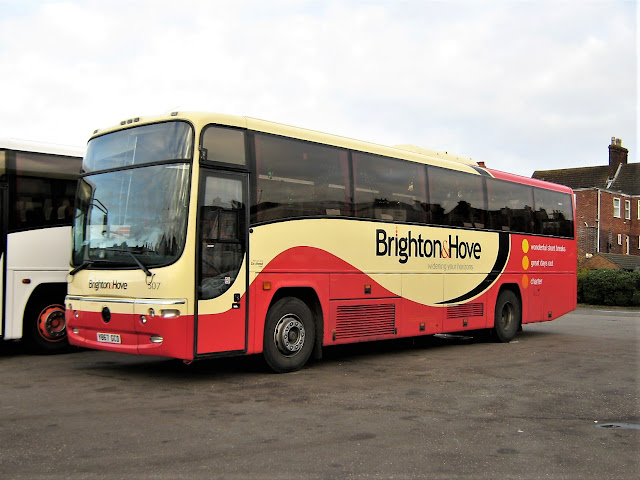 On the 18th at the same location was Brighton & Hove's Volvo B10M Y867 GCD which was new in March 2001. It later moved to Go South Coast where it was re-registered as VUV 246 and operated on the Isle of Wight. 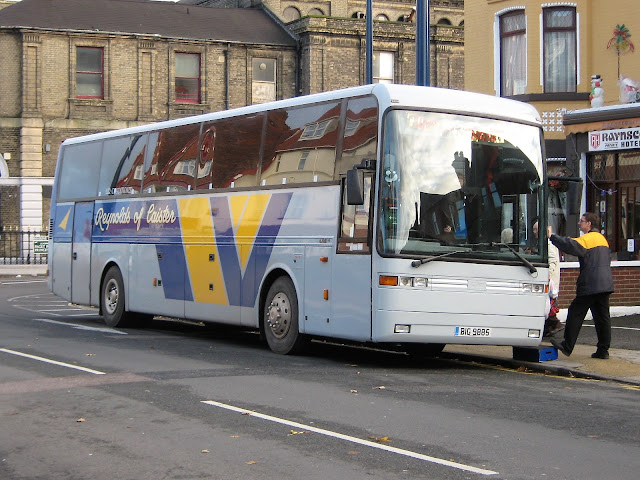 Our third subject was photographed on the same day picking up passengers from the since demolished Raynscourt Hotel on Euston Road. The coach was EOS BIG 9885 from the now defunct Reynolds Coaches fleet and was previously registered N63 FWU. It later moved to Reading & Wokingham Services Limited 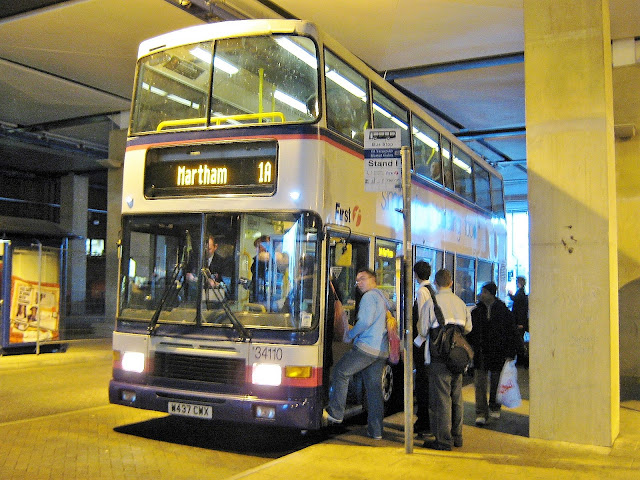 Our final photo is of First Eastern Counties 34110 W437 CWX observed on the same day at Market Gates Bus Station. The Alexander Royale bodied Volvo Olympian was new to Yorkshire Coastliner in June 2000, subsequently moving to Eastern Counties in 2008. It entered preservation in November 2015 and changed hands in 2017, prior to arriving at the South Yorkshire Transport Trust. Privately owned it still runs but has severe chassis rot which requires extensive repairs, which have yet to be commenced.
Roy
Posted by eastnorfolkbus at 07:49