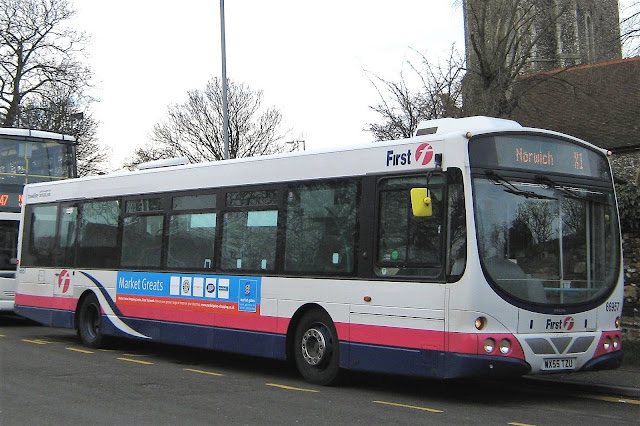 We initially feature the competition between First and Anglianbus on the Great Yarmouth - Norwich corridor with journeys commencing from Gorleston High Street. Both operators vehicles were laying over outside Gorleston Church on Church Lane in between duties. 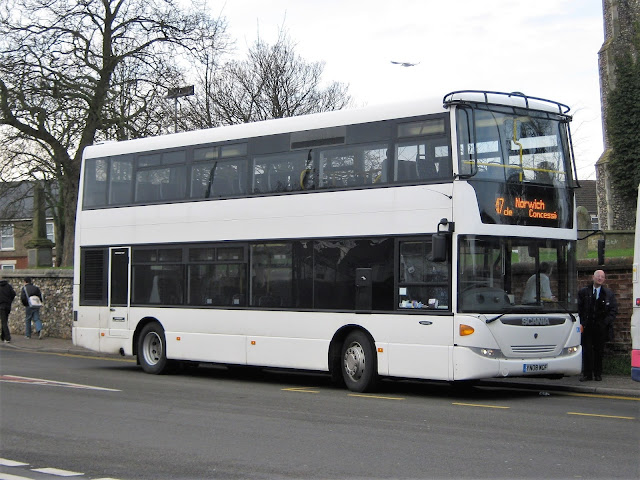 On the 10th First were using Volvo B7RLE 66957 WX55 TZU on its X1 service whilst Anglian employed Scania N230UD YN08 MOF on the X47. The former is now part of its Ipswich fleet carrying the superseded charcoal grey livery whilst the latter has subsequently seen use with Wessex Conect, Preston Bus and Rotala Diamond. 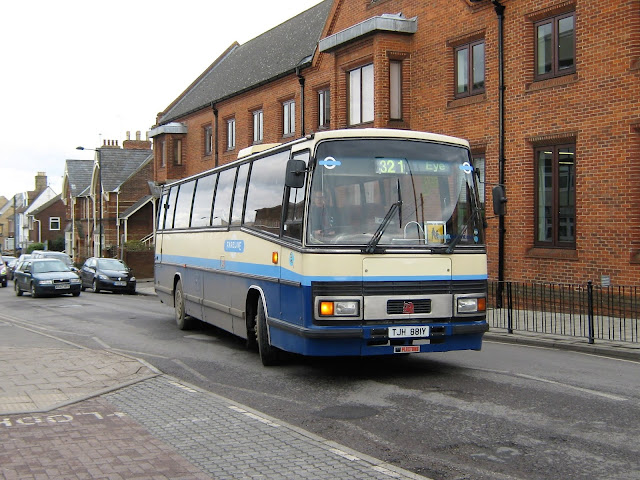 On the 14th I made a trip to Bury St Edmunds and was fortunate to capture Fareline's Bedford YNT/Plaxton Paramount TJH 881Y preparing to turn into the bus station. The Bedford was new to Reliance of Newbury in April 1983 and was scrapped by Fareline in November 2011 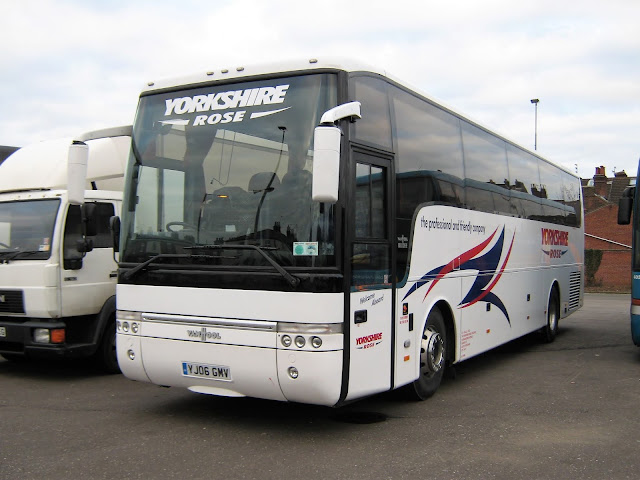 An unusual visitor to Great Yarmouth's Beach Coach on the 19th was Yorkshire Rose Van Hool bodied Volvo B12B YJ06 GMV. It was new to Galloway of Mendlesham in April 2006

Roy
Posted by eastnorfolkbus at 12:48